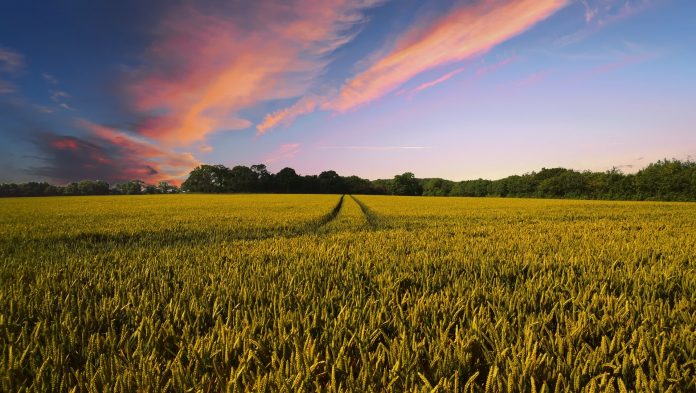 It should be deep winter, but in some parts of Romania fruit trees are in bud and the first leaves of wheat have already emerged.

It’s not even the end of January, and Romanian farmers are warning that wheat, fruit trees, barley and other crops are growing too quickly and could be decimated if it doesn’t rain in the next few weeks.

Unnaturally high temperatures during the day have seen wheat pushing above the ground much too early this year in the Baragan, a wheat-growing region which was known as “the breadbasket of Europe” in the early part of last century.

Wheat needs a protective layer of snow at this time of year to help it germinate, but the warm weather means it is already green and is drying out due to the drought which started last year, farmers told universul.net.

One of the most affected areas is the Braila Plain, known as Câmpia Brăilei which already has arid soil. The lack of rainfall threatens to decimate wheat, rapeseed and barley crops, farmers said.

“The situation is bad. Wheat is starting to go yellow and dry out and there is a chronic lack of rain,” said farmer Gheorghe Stan in a telephone interview. “Some farmers have used substances to stop it growing, but I don’t think that will work.”

He said the only sources of moisture for crops were dew and residue from mist. “It’s terrible for the soil!” he said. “We’re lucky that the nights are not that cold because if we had temperatures of -15 C, there’d be nothing left.”

“If it doesn’t rain by mid-February or the beginning of March, it will be a disaster, the autumn crops will be ruined,” he added. „There’s some hope for farmers who planted late and the crops are still at an early stage, that’s what specialists are saying. „

Another farmer said fruit trees including cherry, pear and apples trees had already developed buds, months earlier than usual, due to the weather. “If it drops below freezing, it will kill the fruit,” he said.

Valeriu Tabără, the chairman of the „Gheorghe Ionescu-Şişeşti Academy of Agricultural and Forestry Sciences said in a recent interview that 70% of arable land in Romania is arid, and lacks access to proper irrigation.

Tabără says Romania could grow plants that grow in warmer climates such as olives, figs, kiwi, sesame or even cotton.

Gheorghe Sin, a former chairman of the academy, said Romania’s already arid climate and hot summer weather made it harder to grow wheat. He advised farmers to choose different wheat varieties that were more resistant to drought.

Other features of climate change that Romania is facing is torrential rain which is becoming more frequent, causing floods and leading to a reduction in the quality of water, making water scarce in some regions, climatologists say.

The European Commission has described what weather patterns will affect different region of the continent.

Around the Mediterranean region, climate change will reduce fuel moisture levels from present values, increasing the weather-driven danger of forest fires. On top of this, areas exhibiting low moisture will extend further northwards from the Mediterranean, and the current area of high fuel moisture surrounding the Alps will decrease in size.

Central and South Europe will have frequent heatwaves, drought and forest fires.

Flood damage is expected to rise across Europe including northern Europe.  Meanwhile, some north-eastern parts will become less flood-prone due to a reduction in snow accumulation.

Urban areas where 75% of Europeans live will be affected by heatwaves, and flooding. Many cities lack the tools to adapt to climate change.