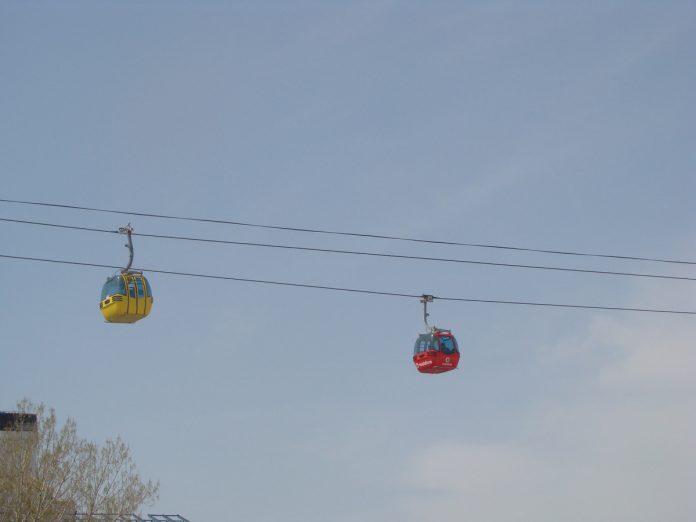 Some 117 people were rescued from a gondola in the Black Sea resort of Mamaia after it broke down on Thursday evening.

The Dobrogea Emergency Situations Inspectorate said tourists who were on the gondola at the popular holiday destination were safely evacuated in two places.

Two people had panic attacks after it stopped moving and they were left suspended at a height of 50 meters.

A rescue attempt got underway half an hour after the gondola broke down. One woman fainted.

Cristian Amarandei, who heads the emergency services in Dobrogea, said a technical fault was to blame.

„We provided emergency crews at the two points where people get on and off ”, he said.

One person was taken to hospital after having a panic attack.

The gondola is one of the main attractions in the upmarket resort of Mamaia due to the spectacular view of the coast it offers, 50 meters up.

Thousands ride it in the summer months when the resort is open. A ride costs 20 lei, about 4 euros. The under-7s can ride for free.

It started functioning in 2004 and cost about 3.5 million euros to build.

It runs for 2.1 kilometers and the ride takes about seven minutes. It and connects the Mamaia Casino to the Perla Hotel.