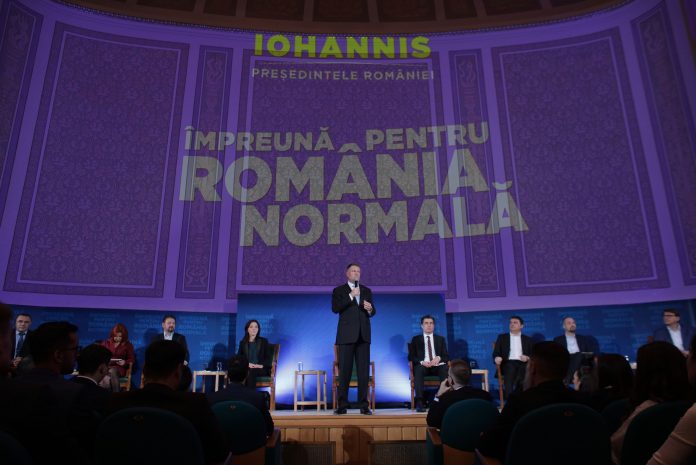 President Klaus Iohannis said there would be no rule of law in Romania if he hadn’t intervened to stop a contentious judicial overhaul initiated by the former Social Democrat government.

Iohannis faces ex-Prime Minister Viorica Dancila in a runoff for the presidential election on Nov. 24. The pair held separate press conferences Tuesday evening where they traded barbs and appealed to voters ahead of the vote.

After a lackluster campaign, tensions rose after Iohannis, the clear favorite, refused to debate his challenger.

„He’s a coward and an arrogant man who can’t explain his five-year term,” Dancila told reporters during her 2 ½ hour long press conference held in building that houses Parliament.

Iohannis won almost 38 percent of the vote in the first round of presidential elections on Nov. 10, with Dancila receiving about 22 percent.

Iohannis opted for his own format, taking questions from eight journalists and a political scientist at the Central University Library of Bucharest.

He justified his decision saying he wouldn’t debate „the representative of a repressive system of communist origins.”

He renewed the criticism, claiming: “Without me, the rule of law in Romania would have broken.”

The Social Democrats’ legal changes saw the largest protests since the overthrow of communism 30 years ago and attracted criticism from Brussels and Washington.

“The Social Democrats put the brakes on Romania’s development and now things have to change fundamentally,” he said.

The head of state addressed criticism that he had not engaged enough with Romanians in his five years in office.

“I have decided to communicate more, and more intensely,” if I win, he said.

Iohannis faced questions about the anti-corruption protest where hundreds were injured, illegal logging and the killing of forest rangers, a future in Romania for students, and was asked about his campaign message “a normal Romania”

“Normal means prosperity, economic growth, well-paid jobs, safe schools, a place where the citizen is served by the state and the patient is the focus of the health system,” he said.

Dancila defended her almost two years in office saying she had raised wages and pensions, while her government’s six-month presidency of the European Union earlier this year had been successful.

Parliament dismissed her government in a no-confidence vote on Oct. 10, sending the Social Democrats into opposition.