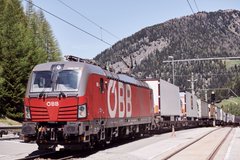 Romania’s foreign ministry says 99 Romanians have tested positive for the novel coronavirus in the Austrian city of Linz.

The ministry said that none of the people who had been diagnosed with the virus in the northern Austrian city had been admitted to hospital.

The ministry said that its embassy in Vienna had informed the government in Bucharest following an article in the Austrian media.

It is urgently seeking more information from local and health authorities about the situation and the state of health of the Romanians, a statement said.

There were no details about the Romanians had been infected and whether they were working there or living with large numbers of other Romanians which would facilitate transmission of the virus.

Austrian media reported there was an outbreak at a meat processing plant near the city which is in Upper Austria. Hundreds of Romanian migrants workers have contracted the highly transmissible virus from slaughterhouses in Germany and the Netherlands, due to cramped working and living conditions.

It said the development comes after a spike in coronavirus cases in the region around the state capital of Linz which were linked to a Free Church and meat-processing plants in the surrounding area.

Linz is the capital of Upper Austria and is the country’s third largest city with a population of over 200,000.

Some 5,095 Romanians abroad have contracted the virus, the government said Tuesday.