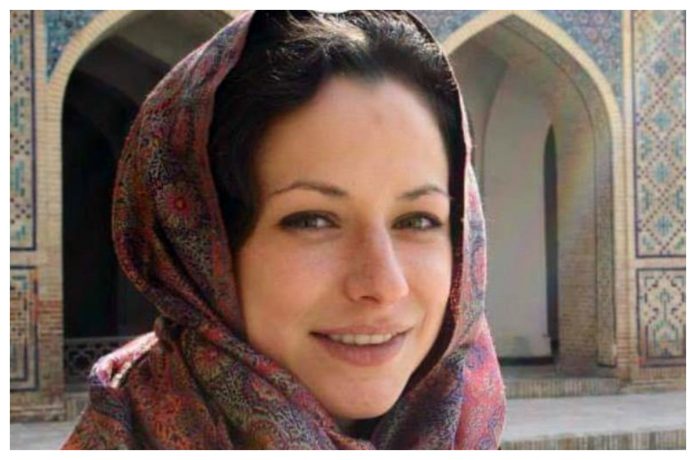 A Romanian woman who has lived in Afghanistan for seven years says she plans to stay in the ‘calm’ country and blamed ‘irresponsible’ media for the ‘chaos’ at Kabul airport.

Ermina Strutinschi, originally from Suceava in northern Romania, has been director of an international non-governmental organization in Kabul for 2 1/2 years, according to her LinkedIn profile.

In a lengthy post on social media, she said she had recently passed Taliban checkpoints without encountering any problems despite being “a woman and a foreigner.”

She said “shops are open, electricity and telecommunications work.”

„Most of the city is calm.” She added: “I do not want to leave. I am safe,”  in a message posted on Facebook in English and Romanian.

She did not provide any details about her personal situation, or connections, if any, to the Taliban which has swept to victory in Afghanistan.

The group completed their shockingly swift advance across  the country in a matter of days.

The U.S. is scheduled to leave Afghanistan on August 31. President Joe Biden has said the deadline may be pushed back to facilitate more evacuations, adding that “our hope is we will not have to extend.”

The United States and its allies have evacuated about 37,000 people since the militants swept through the country this month, the Washington Post reported.

The Romanian NGO director described the situation on the ground as “fluid”. She said many Afghans had “legitimate concerns about their safety.”

She reserved her criticism for Western embassies, whom some Afghans held in high regard as  “bastions of human rights and security” of abandoning the country.

She said they were imposing “unannounced new sanctions” that will affect ordinary people and not “the new government.”

“The chaos at Hamid Karzai International Airport  right now is due to  … irresponsible media coverage,” she said, citing what she said was alarmist reporting.

She made no mention of video images of heaving crowds pushing to get on flights, or people who have been beaten or killed in the recent mayhem.

But she said media coverage was creating “concern and pressure” for internationals who have stayed behind in Afghanistan.

The Taliban have declared the ‘Islamic Emirate of Afghanistan,’ the same name it used when it ruled the country in the 1990s. Ms Strutinschi used the new name in her post.

She said the Taliban had succeeded in winning “a battle of narratives” due to ‘ill-fated’ Western attempts to push along peace negotiations which undermined the previous government.

Her Linked-In profile lists her as country director at International NGO Safety Organization.

It says she gained a degree from Oxford in Russian and East European studies. She has worked in Afghanistan since 2014, starting as a UN  Political Affairs Officer.

She then became INSO Safety Advisor for the Central Region. She is now the organization’s country director.