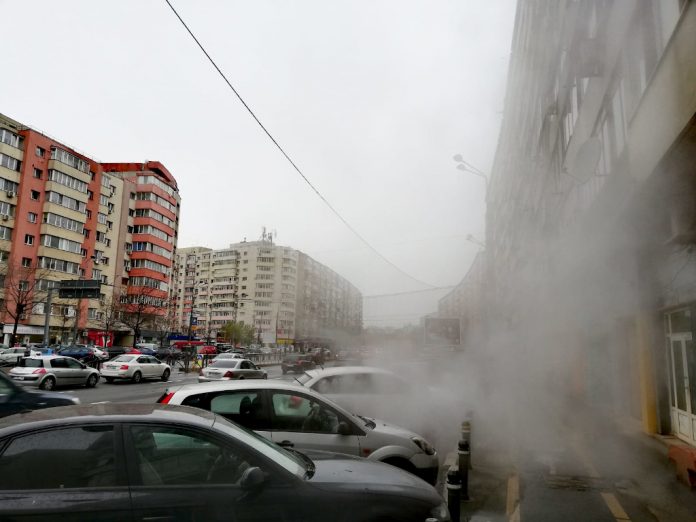 Bucharest residents can look forward to an improved heating system and less pollution after the mayor signed a contract with the government on Tuesday to repair almost one-fourth of the capital’s dilapidated heating system.

But residents will still have to wait for improvements. Work will start next year after a constructor has been selected as part of the acquisition process.

Most of the financing for the project comes from a non-refundable EU grant, officials said.

“Today we are signing a contract to finance the repair of the heating system, 210 kilometers of 954 kilometers,” the mayor said.

About half the city’s residents are connected to a centralized heating system operated by the city hall.

Almost three-fourths of the pipes that provide heating and hot water to the capital of more than 2 million are almost 40 years old. It’s estimated that 2,600 tons of hot waters lost every hour during the cold season, G4Media reported last year.

The mayor said that the number of broken pipes had risen threefold from 420 to 1,300 in the past four years. Nicusor Dan was elected mayor in September on a promise to urgently improve the antiquated and inefficient heating syytem.

“We have lost 5 % of our energy efficiency, and we have to pump far greater volumes of water into the system,” he said.

“This investment …. means improvements in three areas: better heat and water for Bucharest residents, fewer losses which means less subsidies paid by the city and last but not least a reduction in air pollution caused by the inefficiency of the system.” The mayor said at the signing ceremony.

Minister for European Funds Marcel Bolos, who represented the government, said the  Bucharest City Hall would benefit from an extra 200 million euros from the National Recovery and Resilience Plan.

The financing will cover the repair of 35% of the capital’s heating system.