It’s a plot twist almost worthy of an opera.

After days of rumors, the Bucharest National Opera on Friday confirmed that 10 employees had been diagnosed with Covid-19 and performances would be suspended forthwith.

The Administrative Council of the Opera Nationala Bucuresti met Thursday and decided to cancel performances scheduled from Sept. 5 to 13 which will be staged at an unspecified date.

However, in a statement issued Thursday, it said it was suspending performances for “objective reasons,” without providing details.

Critics accused management of failing to be transparent about the situation or act quickly enough to prevent the spread of the virus.

“The lack of transparency at the National Bucharest Opera is inexplicable,” wrote Alexandru Patrascu, an opera critic on Facebook. “If we have an outbreak at the opera where there are about 500 employees, in a situation where all events have been outside, when can we expect when schools reopen?”

On Friday, the opera issued another statement explaining the situation. It said that after the first confirmed case of Covid-19, everyone who had come into contact with that person went into self-isolation at home and were tested. Ten were confirmed to have the virus.

It said it had informed public health authorities about the infections as is legally required.

Singers and musicians will self-isolate at home for the next fortnight during the hiatus in performances, a statement from the opera said.

Employees who have tested positive for the virus are already in isolation.

The news is likely to be unsettling for theaters and cinemas which were allowed to reopen on Sept. 1 after being closed for almost six months.

Among the performances at the opera which are canceled are Carl Orff’s “Carmina Burana,” “Italian evening & Evening Astor Piazzolla,” a concert of students of the National University of Music in Bucharest, a Verdi-Shakespeare Trilogy which included “Macbeth,” “Othello,” and “Falstaff,” and Mozart’s “Le Nozze Di Figaro.”

The performing arts have been badly hit by the coronavirus outbreak. As well as the confined layout of theaters, singing was flagged as a potential risk early in the outbreak after clusters of cases were linked to amateur choirs.

Scientists from Britain’s University of Bristol have found, however, singing is no riskier than talking providing it is done softly in a well-ventilated space.

The scheduled performances were slated to take place in outdoor venues. In its statement, the opera said it had respected all safety rules, such as temperature checks, and mask-wearing. 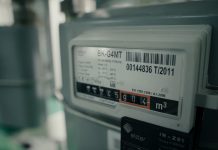 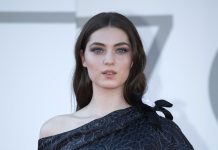 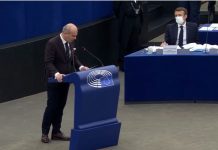