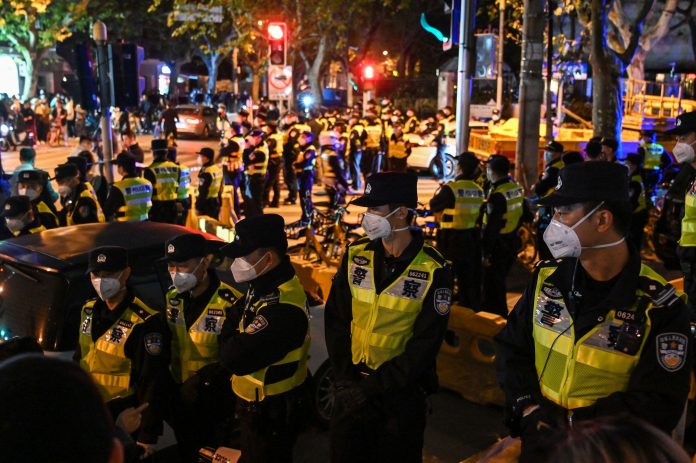 Are Chinese protestors really risking their freedom if not their lives just because of anger over the Zero Covid policy, or is the unrest in Shanghai and other cities happening for a more profound reason – like discontent about living under perpetual Communist dictatorship?

In a TV debate, I argued that the Zero Covid policy was actually not indefensible: Widely accepted numbers show that China, with 1.4 billion people, has suffered around 5,000 Covid deaths – which is about 800 times fewer per capita than the United States (and less than half the figure in Israel).

Yaqui Wang, a senior researcher at Human Rights Watch, argued that there was real anger at the economic consequences of the lockdowns – but while that is again doubtless true, the economic numbers (which one might actually question) show China’s economy growing at a more than 8% rate – which is lower than in the 2000s but higher than in recent years and, again, about 4 times higher than in the United States.

While I agree that the extreme lockdowns in China need to end (despite a recent surge in Covid cases, if not yet deaths) and I suspect the regime will take heed of the evident discontent, I’d bet there is an element of pretext in the protests.

Gong Jiong of the China International University in Israel disputed that notion, arguing that liberal democracy is not for everyone; indeed, even China experts who are not Chinese (and therefore presumably less likely to be brainwashed or intimidated) often argue democracy is somehow antithetical to Chinese culture.

But that ignores the obvious devotion of the Taiwanese to their lively democracy, and the horror among the people in Hong Kong, also by and large Chinese, at the descent of dictatorship upon them.

Those two examples reveal a major irony at play. The Communists have essentially fulfilled their side of the bargain whereby the citizenry forego freedom and the party engineers growth and some prosperity. But once the superfast growth phase slows down – and we are not there yet on the mainland but surely nearing that point – then prosperous people are quite likely to demand freedom. Eventually the cost of controlling the angry masses will become unsustainable.

The fact that the Chinese have never known a day of true freedom doesn’t mean that they are bizarrely immune to the universal human desire to not be trampled too horribly by others. Indeed, no societies  lived in freedom until the recent past: there were no full democracies – meaning with suffrage for women – until a mere century ago. And once a society achieves freedom it is unlikely to go back (although, as we know well, there are sad exceptions to that rule).

China is simply among those societies – Russian being among them, despite a chaotic experiment with democracy in the 1990s – that is somewhat late to the party because of a variety of circumstances; things cannot advance at the same rate everywhere, at once.

The circumstances now are that the Chinese find themselves under Xi Jinping, to whom the Chinese Communist Party, for reasons of its own,  handed enormous power and a tenure unheard of since Mao.

Xi’s statements, speeches and actions from the past decade suggest he is a committed Marxist who has concluded that openness caused the collapse of the Soviet Union, who sees the West as meddlesome, and who has drawn anti-capitalist lessons from the 2008 financial crisis and the 2015 wipeout of half the value of Chinese stocks.

But he must know that he has taken a big chance in replacing the non-ideological relative pragmatism of his recent predecessors with Marxist nationalism. He is simply a true believer of the kind who can get in their own way and trip himself up. That is unlucky for his people and for the world.

We must hope that Xi will not emulate another true believer, making a play for Taiwan the way Vladimir Putin did with Ukraine. That would be a violation of the deal the Communists had with the West: do not mess with us, and gain stability in the East, as well as cheap goods.

That deal is also under some distress because of both Xi’s bellicosity and this year’s warmongering by Putin. As a result, the world is moving away from the extreme form of interdependence caused by globalization which has given dangerously aggressive dictators a level of leverage that makes them difficult to rein in (as Putin enjoys with energy).

In that vein, the United States is moving toward semiconductor independence (in the $280 billion CHIPS act) to insure itself against dependence on China in that area. But look closely and you will see that this is not about today’s China (which has but 5% of the market, an underrepresentation) – but rather a China that has taken over Taiwan, the world’s semiconductor leader.

What would the West do? Indeed, do we owe any people oppressed by their own government protection of intercession? Is it even fair to apply economic sanctions when the immediate victims would be the population being oppressed?

What’s clear is that the Good Samaritan principle is rarely applied in global affairs – even in the case of a genuinely terrible regime like the Islamic Republic in Iran, which lacks even the minor saving grace if China’s economic growth.

It certainly cannot be applied with China: the Communists have nuclear weapons, and we cannot risk Armageddon. The protestors, and quite possibly Taiwan, appear to be regrettably on their own. 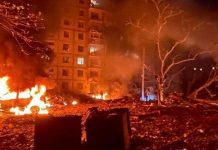