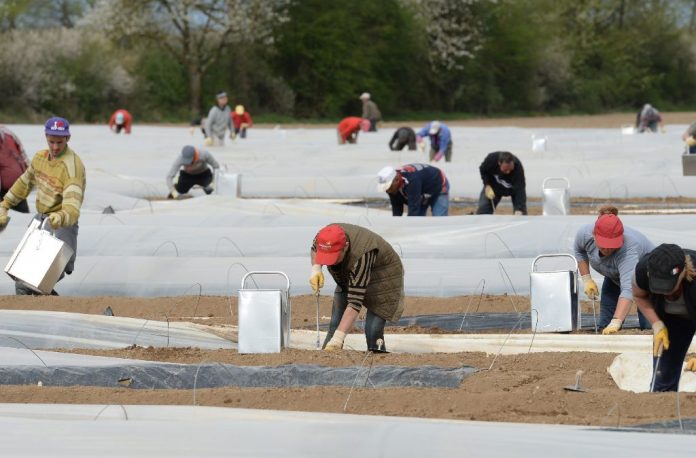 When Europe tightened borders to prevent the spread of the coronavirus, farmers in France, Italy, Britain, German and elsewhere expressed concerns.

Workers they rely on from Eastern Europe to harvest vital food were immobilized due to travel restrictions.

European governments this week declared food supplies a matter of national security as supermarkets across the continent are overrun with consumers braced for prolonged home confinement.

There are hundreds of thousands of seasonal migrant workers who plant or harvest crops in other countries. The European Commission said they should be categorized as essential travel.

Responding to that need, the business-friendly Romanian government said Saturday that it would allow seasonal workers to fly abroad.

„We … have good news,” Interior Minister Marcel Vela said. “We are allowing charter flights to transport seasonal workers from Romania to other states with the permission of authorities in the destination countries.”

In a related measure, the government said it would make it easier for truck drivers transporting food and goods during the lockdown which has restricted transport across Europe.

“Transporters are extremely important in this period, the economy needs them,” Vela said. “We will allow drivers of trucks that are larger than 2.4 tons to enter Romania if they don’t have symptoms,” he said. Drivers will sign a statement saying they don’t have coronavirus symptoms and will provide a fixed address where they can be contacted.

To ease traffic, goods truck drivers won’t be asked to fill in a special form, on the condition that they stick to designated transit routes, and stay no longer than 48 hours in Romania.

The government also announced new restrictions on Saturday as it tries to prevent the spread of the coronavirus, including a suspension of all commercials flights to Austria, Belgium, the U.S, Britain, Turkey, Iran, the Netherlands for 14 days starting Sunday evening