Romanian police have begun a criminal investigation after the bodies of 27 dogs, including 19 puppies, were found dumped in a forest in a national park in western Romania.

Police say that the animals had been deliberately and unlawfully killed.

They were found on Thursday in the Retezat National Reserve not far from the village of Campusel in Gorj county, Adevarul.ro reported.

Police working in the Animal Protection Department said the bodies had been dumped in plastic bags and left near a brook in the protected area, the Gorj county police force said.

The animals’ bodies have been taken to Veterinary Healthy Directorate in Gorj where they will undergo an autopsy.,

There were no more details immediately available.

Romania set up an ‘animal police’ department last year to protect animals that are mistreated or in distress. .

Every county now has an animal police department.

The measure came in response to demands to strengthen animal protection in the East European country. There has been an outcry in recent years against instances of cruelty to dogs, horses and other animals.

Any animal that has been beaten, wounded or maltreated can be removed from its owners under the new law. 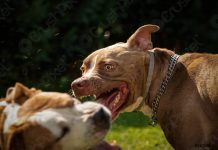