Romania’s Health Minister Nelu Tataru says September will be a challenging month for new coronavirus cases, but numbers should start to decline by mid-October.

“A hard month follows,” Tataru said referring to the reopening of schools on September 14 followed by nationwide local elections on September 27.

However, if rules are respected and people take precautions, new cases should start to drop in the second half of October, he said.

Romania has seen a spike in Covid-19 cases in the past two months. Authorities reported 1,136 new infections on Tuesday and  41 new deaths.

„It’s a challenging and a hard month and if we are all partners in respecting rules, then I think we can see a downward slope in mid-October,” he said.

“Until then, all we have to do is to handle the situation and we think we won’t have a big growth in this period,” he said added the government had figured in a a growth in cases connected to the opening and schools and the elections, he told TVR public television station.

Tataru said there were 43 places in Romania where classes would be held online as there were more than 3 cases for a thousand inhabitants,

He said a further 14 places with between 1 and 3 cases per 1,000 inhabitants which will have a mixed system of online and classroom teaching, while schools in 2,728 places will reopen, with health regulations, including spaces between desks and Plexiglas dividers if classrooms are too small.

If a pupil is confirmed to have SARS-CoV-2, he or she will be sent to hospital and other children will be quarantined for a fortnight. If three classes in a single school have coronavirus cases, pupils will be sent into quarantine and the school will be closed, Tataru said.

The minister said authorities had ordered three million anti-flu vaccines which will arrive later this month.

„Last year we had 1.5 million vaccines and we sold about 500,000 in pharmacies,” he said.  “This year we’ll have three million and we’ll but more as is necessary,” saying he hoped people would get the anti-flu jab.

“We are in a coronavirus pandemic and we are all complaining we don’t have a vaccine. Let’s use the vaccine we have,” 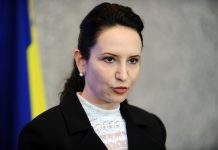 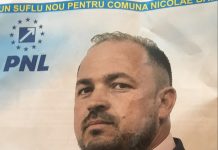