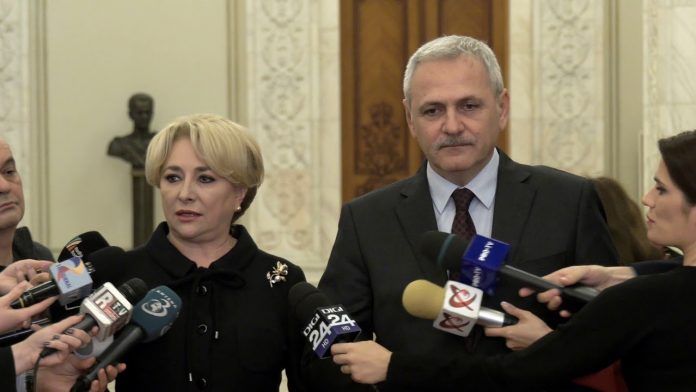 Until recently, they were close political allies. Now Romania’s one-time de-facto leader Liviu Dragnea is accusing the woman he picked to be prime minister of defrauding European Union funds.

Dragnea was chairman of the Social Democrats until he was sent to prison in May after a court found him guilty of having party members paid by a state agency for fake jobs.

Unable to be prime minister due a 2016 previous conviction for vote rigging, Dragnea chose Viorica Dancila, a political ally who came from the same county as him, Romania, for the job in Jan. 2018 after he fell out with two previous premiers who he considered had gained too much political autonomy.

Before becoming Romania’s first female prime minister, Dancila had been a lawmaker in the European Parliament since 2009.

Relatively inexperienced, she was initially regarded as Dragnea’s cipher. Observers said that Dragnea wielded power behind the scenes and effectively controlled the government.

The Dragnea-Dancila partnership worked until Dragnea was handed the 3 ½-year sentence, a day after the Social Democrats suffered huge losses in European elections.

Dragnea was a key figure in the Social Democats’ push for controversial judicial reforms which have chipped away at the independence of the courts, sparking mass protests in Romania and clashes with the European Union.

Even though he was incarcerated, Dragnea never resigned as party leader.  At the time, media reported that he expected his erstwhile ally to pass an amnesty law that would see him freed from jail.

That didn’t happen and the Social Democrats held new party leadership elections, and Dancila was voted party chairman. Dragnea challenged her leadership in court and lost.

This weekend, with presidential elections weeks away, Dragnea has apparently submitted documents to the European Union Court of Justice claiming that his successor was involved in defrauding EU funds, Hotnews reported.

Dragnea claims that when Dancila she was a European Parliament lawmaker she underdeclared the salary she was paying to an assistant. This would amount to defrauding on EU funds, the outlet reported.

HotNews which saw the document said that the documents do not name Dancila or her assistant “but they are easily identifiable.”

Parliament ousted Dancila’s government in a no-confidence vote on Oct. 10. She is running for president in the Nov. 10 election.

The outgoing prime minister strenuously denied wrongdoing, saying she had respected the law. “I am not afraid, I’m only afraid of God,” she said.

Prosecutors said that by using his influence as a government official, Dragnea procured fake jobs at a child protection agency for two women working for his party.  The women admitted to working for the party while receiving salaries from the agency.