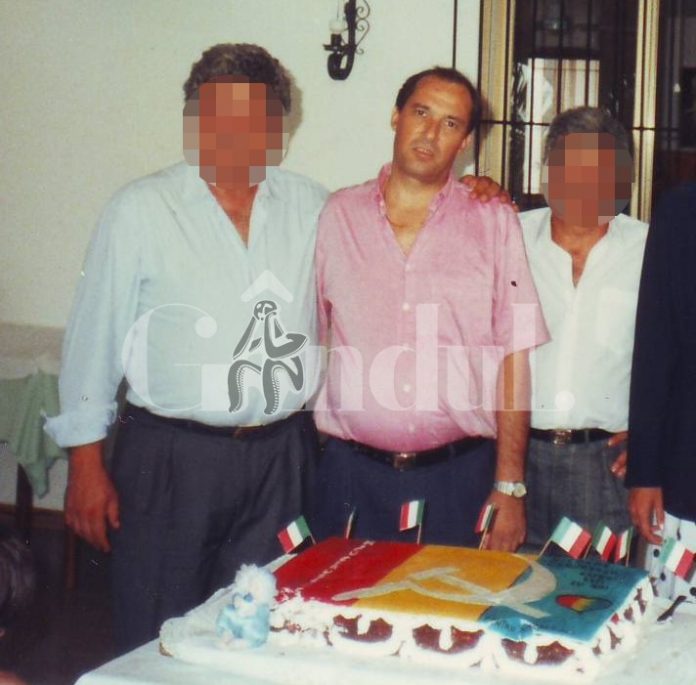 Twenty-five years after his death, the Romanian media have published a photo of the youngest son of late dictator Nicolae Ceausescu at his birthday party a month before his death.

Nicu Ceausecu was known for hard partying and his love of fast cars during his father’s hard-line rule. At one time, he was considered a potential successor to his father.

Local residents also remembered him for securing food at a time of strict rationing when he was party boss in Sibiu, central Romania.

He died in September 1996 aged 45 in Vienna from liver cirrhosis seven years after the anti-Communist revolution in which his parents were executed.

He would have been 70 on September 1. Nicolae and Elena Ceausecu had three children. The only surviving child is the eldest, Valentin, now 73.

Gândul.ro  published photos of Nicu Ceausescu on Thursday at his last birthday party in Italy where he was holidaying. Friends brought him a cake decorated with the Romanian flag and a hammer and sickle.

The pictures showing him wearing a pink short-sleeved shirt surrounded by a group of people whose faces are obscured. The pictures are taken in Rome in late August 1996. He was in Rome to take on the role of godfather of a child who was named  „Nicolae Ceaușescu” after his father, the Communist leader who ruled Romania with an iron first. He was overthrown in December 1989 and he and his wife Elena were executed on Christmas Day 1989.

Nicu Ceausescu and his siblings were arrested during the uprising. He was detained in 1990 for the misuse of government funds under his father’s regime and sentenced to 20 years in prison after a trial. He was released in 1992 on health grounds.

Organizers told  Gândul.ro  the birthday party was combined with the christening in late August, 1996.

„The hammer and sickle cake was a joke, He didn’t care about communism, he was getting on with his life,” a friend said.

“Unfortunately he was very sick, his liver was shot and we didn’t realize he’d die so soon,” a friend was quoted as saying.

His friends transferred him to a clinic in Vienna where he died on 26 September, 1996.

Businessman George Copos, a friend repatriated his body. He was buried at the Ghencea Military Cemetery in Bucharest.

Nicu Ceausescu had a two-year marriage in the 1980s and was divorced. He had no children.