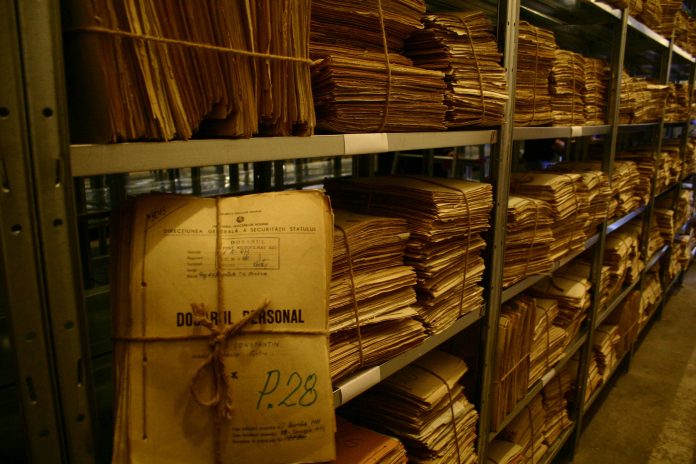 The Securitate communist-era secret police had a special department tasked with recruiting school-age students to report on their teachers and parents, officials in charge of publishing the files say.

As many as  50 officers who worked in the departments are liable for prosecution more than 30 years after the Securutate was disbanded, according to Laszlo Csendes, a member of the Council for the Study of the Securitate Archives, Magyar Nemzet reported, on May 18, citing Hungarian-language site Maszol.ro. .

„It’s a very sad story. The Securitate agents approached 13-14 year old children in such a way that they did not even realize who they were talking to,” he said.

However, even during the communist era when rights were severely restricted, the method was illegal, he said.

He said the council had handed over the files of 50 such officers to the Military Prosecutor’s Office for investigation. .

He said sometimes children were intimidated into reporting. Crimes against humanity have no statute of limitations, Csendes added..

It’s not the first time that information has surfaced about minors being used by the Securitate who penetrated every walk of life in communist Romania.

Germina Nagat who’s also a member of the council told ziare.com  last year that the dreaded secret police that was controlled indirectly by Communist leader Nicolae Ceausescu had at least 10,000 school-age informants. She said the practice of using youngsters as spies intensified in the 1980s.

Nicolae Ceausescu and his wife Elena ran Romania with an iron fist until they were ousted from power during the 1989 revolt and executed. The Securitate kept tabs on the population for any signs of dissent.

Even if the teens didn’t provide much information, it meant that from an early age they were captive in a system that spread its tentacles into all walks of life.

„If we take as a basis the number of middle schools at that time and start from the fact that documents show a certain number of students had to be recruited each year to become informants, we could safely say there were tens of thousands,” she said.

Some minors signed formal pledges to inform and some officers recruited  3-4 students from a single school.

Some agents were particularly zealous, she said.

In 1984, one Securitate officer managed to recruit an informer in every single XI grade class in the southern city of Alexandria in a single day, according to files, she said.