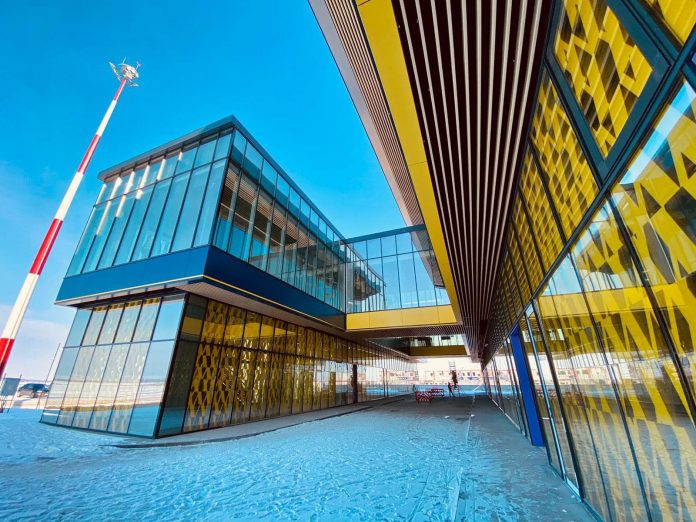 For decades, the city of Brasov bristled at not having an airport.

Communist leader Nicolae Ceausescu was reported to have been less than keen to develop the Transylvanian city in central Romania which is now a thriving business and tourist hub.

Sixteen years after the first paperwork was signed, the long-awaited project is almost completed. The Brasov-Ghimbav International Airport is expected to open by the end of the year, pandemic disruptions permitting, and, only six months behind schedule, local authorities said on Thursday in a post on social media.

It is the first airport to be developed in post-communist  Romania and the 17th commercial airport in the country.

The green light was given for the airport in 2005, and building work started in 2012 in Ghimbav, a small town about 8 kilometers west of Brasov.

The Brașov-Ghimbav International Airport project has several Facebook pages with headlines such as “Brasov needs an airport” or “We want an airport in Brasov” reflecting both the longing and frustration among residents.

Residents, businesses and officials have long argued the city of at least 275,000 should have an airport. Communist officials used to cite the nearby mountains as a reason for not building an airport, but residents weren’t convinced.

The project is expected to create 4,000 jobs and one million passengers will use it over the next eight years.

Works on the terminal are nearly completed, one of the pages said Thursday.

Chairman of the county council, Adrian Vestea, on Thursday said it would be the first airport built from scratch in Romania since 1974.

Supporters say the new airport will serve businesses and local residents and people living within a 100-kilometer radius. Smaller cities such as Bacau and Targu Mures have airports, so why not Brasov?

It is expected to take the strain off travelers who have to fly to Bucharest and then face an another journey of up to six hours by car. A long-overdue highway linking Brasov to Bucharest will make connections easier.

So far, building and design work has cost 30 million euros. The terminal covers about 12,000 square meters.

The Brasov County Council, which owns the airport, is preparing to start the accreditation procedure and operational launch.

The World Bank has showed an interest in providing technical assistance for identifying an operator, the county council said. There are ongoing talks with several companies for the concession and operation of the airport.