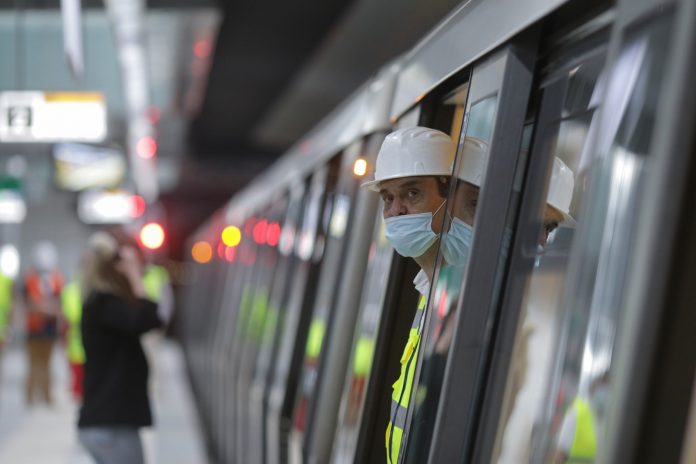 Romania’s government has ruled out extending the Bucharest subway to the city’s airport on grounds of cost, arguing that money would be better spent on completing a busier line that crosses the capital of 2 million.

The National Agency for Public Procurement rejected plans to extend the M6 line from the Baneasea shopping mall area to the Henri Coanda airport in Otopeni, just north of Bucharest in January, economica.net reported.

Transport Minister Catalin Drula  recently called the project “a PR exercise” and said it was a waste of public funds.

He said the money would be better spent completing the long-overdue M5 line that runs from the  from the east to the west of the capital, Hotnews reported.

The government agency said that funds earmarked for the airport line should be „re-prioritized” in its January 7 decision which wasn’t reported until Friday.

Mr Drula argued that the area between Baneasa in north Bucharest and the airport is sparsely populated and the ridership wouldn’t justify the expense.

The pandemic has badly hit air travel, but has also seen a reduction on the number of people who use the city’s subway.

Romania secured a non-reimbursable loan from the European Union in 2018 to extend the M6 line from the 1 May Boulevard to The Baneasa Mall, but not for the segment from the mall to the airport.

The minister said the line was dogged by ‘feasibility problems’ which had also been raised by the European Commission.

He said the investment of ‘hundreds of millions’ of euros wasn’t worth it.

”The European Commission refused to finance this section and “I think that these resources should be poured into other metro lines which are much more necessary.”

A new railway link connecting Bucharest’s main railway station Gara de Nord to the airport began operating in December 2020. The railway connection was one of the requirements Bucharest had to meet to host Euro 2020 matches which were postponed to 2021 due to the Covid-19 pandemic.

The minister said there were currently 1,000 people working on the M5 line which is 5 kilometers long and has 10 stations.

One segment of the M5 opened in September 2020, six years behind schedule. Delays were caused by funding, logistical and technical problems. Romanian President Klaus Iohannis called it „The biggest achievement after the revolution,” adding that it „risked becoming a legend for its delays.”

Minister Drula said money would be best spent on finishing that line. “We have to be very careful with our resources and invest where there is the highest value,” he said.

He said the procurement procedure for the design and execution of line between the 1 May station which is already operational and the Tokyo station at the Baneasa mall which hasn’t been built is underway.

Subway operator Metrorex says the contract to build the line  will be signed in the second quarter of this year.

The Bucharest subway has 63 stations along a stretch of 78 kilometers.

The subway first opened in 1979 during the Ceausescu era. Before the pandemic handled more than 700,000 passenger journeys a week.