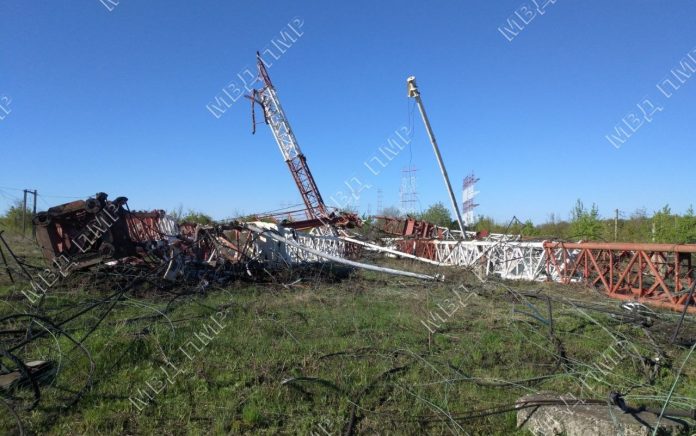 The blast targeted two telecommunications towers that relayed the signal to Russian televisions and radios.

The first explosion occurred at 6.40 (03:40 GMT), and the second at 7.05, according to the Tiraspol Interior Ministry. No casualties were recorded, but both high-power towers were rendered inactive.

The incident cones a day after Trans-Dniestran officials reported several explosions at the state security ministry following what it called a grenade-launcher attack.

No injuries were immediately reported from Monday’s assault.

In a statement on Facebook, the interior ministry of Trans-Dniester said the attack took place in the city of Tiraspol on Monday evening, on a public holiday for the Orthodox Easter.

It said some of the building’s windows were broken and that “smoke is billowing out of” the structure.

No one has claimed responsibility for any of the incidents.

Trans-Dniester is a strip of land that broke away from Moldova in 1990 and has been under the control of separatist authorities since a 1992 war with Moldova.

Russia has about 1,500 soldiers there, which it calls peacekeepers. Concerns are high that Russia could use those forces to invade Ukraine from the west.

Moldova said it was “concerned” about Monday’s attack which it said was aimed at creating tensions in a region it had no control of.