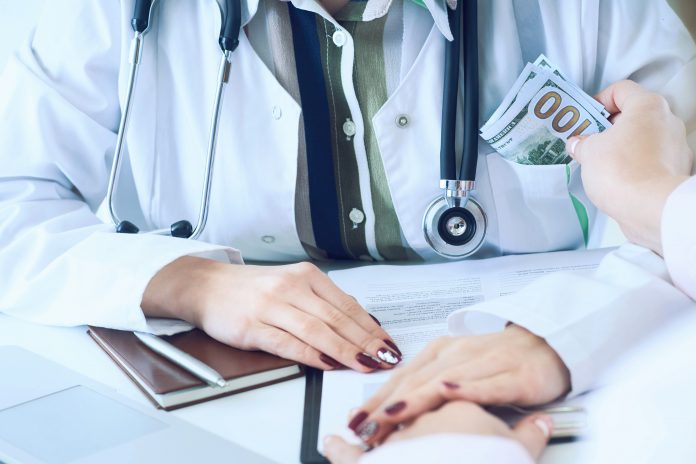 A study shows Bucharest’s Emergency Hospital has the highest level of patient-to-medics bribes with 153 patients reporting they paid a kickback from Jan-July 2019. An emergency hospital in the provinces is next worse with 147 patients saying they’d paid a bribe. Eighty-three cancer patients paid a bribe at the Al. Trestioreanu Oncological Institute in Bucharest. The unusual study conducted by Anti-Bribery Synergy (in conjunction with the health ministry) asked patients treated at 350 hospitals whether medics had demanded an illicit informal payment for treatment.

Patient bribes to Romanian medical staff goes back decades in Romania.  Until recently, medics justified the informal or illegal payments as their salaries were shamefully low. The health ministry, doctors and patients were complicit in the illicit practice.

On the one hand, patients were grateful for treatment and aware that doctors had low salaries, authorities also didn’t need to raise wages because they knew medics’ wages were supplemented by bribes coyly known as “atentii” (another word for a bunch of flowers given to a public official)  to make them appear more harmless.  Doctors and nurses were used to having money slipped into their deep pockets. Individual consciences dictated whether, what method, or how much a medic demanded, or took.

This changed when the ruling Social Democratic Party significantly raised wages in the medical sector in 2017. There was criticism that some health sector employees were discriminated against due to way the law was worded, but the move was generally considered a positive, albeit overdue, development.

The problem was that the government didn’t promote the salary increase as an anti-corruption measure, likely because fighting corruption was not a government priority, and so the bribes continued to a greater or lesser extent, the health minister has reported.

Romania isn’t the only country to face this problem, but it didn’t follow through or even publicly explain why it was raising medics’ wages. Since then, some hospitals and individual doctors have refused bribes or informed patients that bribes are not only unacceptable, but illegal. Bribery isn’t just economics, it’s part of a nation’s culture which takes time, effort and the will to change.

How could it have been done? When the Israel government raised wages in the medical sector around 2000, the system was infested by bribery. However, as part of the measure, authorities informed hospital chiefs that bribes would no longer be tolerated, and gave medics a few months to adjust, after which they could be punished or even prosecuted.

SOME IMPROVEMENT Bucharest’s Emergency Hospital issued a response, saying that 153 patients who reported paying a bribe over seven months were the exception, representing just 0.18% of patients treated by the hospital in that period.