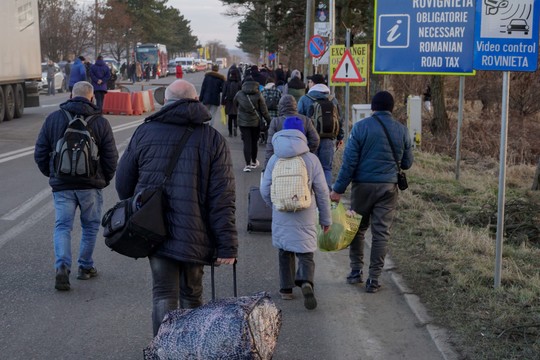 Hundreds of Ukrainians on Thursday fled their country by boat over the Danube after Russia invaded.

Several hundred refugees arrived in the Danube port of Isaccea in eastern Romania from Ukraine on a ferry, hours after Russia launched a military attack on Ukraine.

Isaccea mayor Anastase Moraru said the town would lay on river transport as needed to help refugees leave Ukraine and get to the safety of Romania, Agerpres reported.

„We don’t have a timetable any more. Once the boat is full, it crosses the Danube. From what we know, its full now and will leave and then will go back,” the mayor said.

Thousands more Ukrainians flocked to a border in northwest Romania,  Agerpres news agency reported. Ukrainians were only allowing women and children to leave and Ukrainian men with residence in other countries.

Romania shares a 600-kilometer land and river border with Ukraine.

The Isacca mayor said he expects many refugees to come by car and either stay with relatives in Romania or travel to other countries such as Bulgaria and Turkey.

Romania is a member of NATO and the European Union and is considered safer than Moldova, a small country wedged between Romania and Ukraine. Moldova, a former Soviet republic fears it could become the next target of Russian aggression.

Romania is preparing to receive up to half a million potential refugees from Ukraine in case of a Russian invasion, the defense minister Vasile Dincu said on Tuesday.