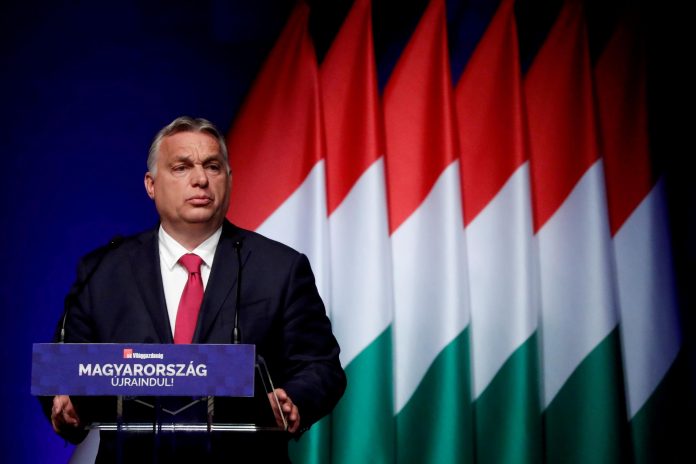 The development is part of Hungary’s drive to invest in areas where ethnic Hungarians live outside the country _ and encourage them to stay there. Hungarian Prime Minister Viktor Orban is trying to increase the country’s dwindling birth rate, a plan which extends beyond its borders.

In the last census, a decade a ago, there were some 1.2 million ethnic Hungarians living in Romania.

The majority live several cities and areas in Transylvania, which was part of the Austro-Hungarian Empire until 1918.

The investment is worth 33 billion forints, about 92.2 billion euros, Hungarian national radio reported, picked up by the Rador monitoring service in Romania. The plan includes building 103 new kindergartens and repairing 400 old ones.

János Árpád Potápi, a state secretary for national policies made the announcement during a visit to Petrisat, a small village in central Romania. He visited the village_ which has a population of just 560 _ to lay the foundation stone for a new Hungarian kindergarten.

He said the purpose of the initiative was to develop kindergartens in neighboring states where there are ethnic Hungarian communities.

Mr. Orban is on a drive to increase birth rate in his own country and neighboring lands, home to ethnic Hungarian communities.

In 1981, Hungary’s population peaked at 10.7 million, Balkan Insight reported in September. At the beginning of this year, it was estimated to be 9.73 million. Every year for 40 years, more Hungarians have died than were born.

According to the Hungarian Central Statistical Office, without factoring in migration, Hungary lost 1.27 million people during this 40-year period.

At the same time, however, hundreds of thousands have both emigrated and immigrated, the majority of the latter being ethnic Hungarians from neighboring countries.

Mr Orban and the prime ministers of the Czech Republic, Slovenia and the president of Serbia, not an EU member signed a statement on September 23 saying immigration should not be the answer to the EU’s declining population, Reuters reported.

“Increasing the number of European children is essential to preserving Europe’s Christian culture and other religious traditions for future generations,” a statement said.