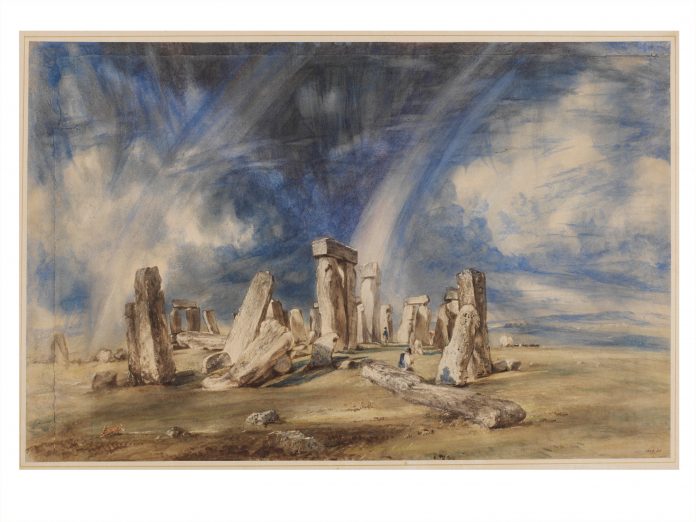 Curated by Dr. Emily Knight and Katharine Martin from a selection of paintings chosen by Dr. Mark Evans ( Former Head of Paintings Collections at the V&A) as a result of discussions by Peter Harrap, an artist and curator who provided the British Council/ Romanian Cultural Institute liaison on the Constable exhibition in Bucharest from 2016 onward.

In 2010 I had the good fortune of finding that I was living in John Constable’s lodgings and studio in Brighton when he was there during a pivotal time in 1824- 1828. I then put together an exhibition, Constable and Brighton: Something out of nothing in 2017 at Brighton Museum concentrating on the walks Constable made from his studio at 9 Mrs Sober’s Gardens, with paintings from the Tate, V&A and RA in London.

As a British/ Romanian I was inspired by the overlap in British and Romanian plein air painting as it is clear that  Nicolae Grigorescu was somehow inspired by John Constable’s methods. So I approached the Director of the National Gallery Romania with the idea of an exhibition, the V&A john Constable Seeking Truth, and the Grigorescu exhibition that will follow in the Spring 2023 are a direct result of my research and exhibition proposals. Here is below is review of the John Constable exhibition.

John Constable RA (1776-1837) was the son of a successful mill owner, and he was expected to go into the family business. His scenes around the Suffolk countryside derive from his childhood experience growing up around the agrarian landscape of Colchester and East Bergholt. Over the summer of 1796 Constable went to stay with his uncle in Edmonton. The ideas reflected in this Seeking Truth exhibition are essentially Constable’s thoughts about painting from the books, prints and advice that he gleaned from the Edmunton Circle particularly J. T Smith (Keeper of the British Museum  Prints and Drawings Collection) and the painter John Cranch.

The Seeking Truth exhibition opens with a glorious walking sequence made up from Constable’s paintings from around the Dedham Vale, and the  lock and mill as he moves through the landscape from East Bergholt and Flatford and on toward the family home and Willy Lot’s house which features in Constable’s most famous painting ‘The Haywain’ (V&A full sketch version , Fig 1). The exhibition title and context comes from a letter of 29th May 1802.

….For these two years past I have been running after pictures and seeking

the truth at second hand. I have not endeavoured to to represent nature

my performances look as if really executed by other men.

give up my time to common place people. I shall shortly return to Bergholt

I am pretty well master of -there is room enough for a natural painture….

The exhibition focuses on Constable’s letter to John Dunthorne taking the phrase ‘ seeking truth at second hand‘. In the letter Constable berates himself for not finding his own voice and looking too much to other painters for inspiration. The exhibition unpacks this idea of Seeking Truth into five categories, A Sense of Place, Inspiration, Close Observation,The Leaping Horse in focus, and Collaboration and Creativity.

The opening ambulatory sequence (Fig2) is called a Sense of Place, with Constable walking and painting , it demonstrates methods his inquiry into nature and antiquity, but also towards ‘ feeling, skill and invention’ and ‘strokes drawn at that instant’.

The context of Constable’s annoyance that he had been ‘seeking truth at second hand’ is that after visiting the Royal Academy exhibition and finding to his dismay that there was nothing for him to aspire to in the bravura brush work of the paintings exhibited, and so he commits himself to extensive study to generate objective observations and fresh truth for his larger compositions.

It Constable’s studies of a continental approach to walking and painting that allows him to assimilate the directness of handling in Haywain and accompanying paintings in the Paris Salon 1824. Delacroix to writes in his journal of Constable’s vigorous brushwork,

It was this framework of continental teaching that leads to the ‘School of Constable’ in Barbizon, with the 180 artists passing through the Hotel Gane, among them two Romanians, Nicolae Grigorescu and Ioan Andreescu. Constable was  an avid collector of prints and some original paintings. His  extensive collection consisted of 2,000 ‘ painter’s etchings’ and 1000 prints by engravers.

The artist’s friend Sir William Beechey described how “you may walk in Claude’s pictures and count the miles…….” Following the outline examples in Gessner’s text, the exhibition continues with a  grouping of six trees and trunks studies, and four ‘skying’ landscapes, with separate clouds studies (Fig 3). The tree studies includes the 1824 Study of the Trunk of an Elm which is likely to have been painted in Brighton. Constable is not based in Hampstead that year but is at 9 Mrs Sober’s Garden, Brighton, and it is almost exactly a year later in  letter dated 5 January 1825 to John Fisher from Brighton that Constable describes his approach to making his small studies,

‘I have enclosed in the box a dozen of my Brighton oil sketches- perhaps the sight of the sea may cheer Mrs F- They were done in the lid of my box as usual. “

Constable’s last oil sketches where made in Salisbury (Fig4) after his wife died in 1828. He then turned to watercolour as his main medium for painting outdoors. The exhibition shifts gear to a scale and tone close to that of the Paris exhibition ‘Constable: Choix de Lucian Freud’. The  full scale sketch for the ‘ Leaping Horse’  becomes an object in focus. This is Constable’s last 6 ft painting to have East Bergholt as it’s main subject and sits in a room of its own. The raw material impact remains astonishing with its shorthand invention laying on the paint with a palette knife and thinking in paint, where ‘every touch is representative of a reality’ The final room looks at Constable’s working relationship to David Lucas a print maker and again has a similar sequence to the tail end of my ‘Constable and Brighton: Something out of Nothing’ exhibition. This demonstrates Constable’s memories of Brighton windmills to make a set of prints with Lucas.

The exhibition ends with the culmination of Constable’s perfection in watercolour. Stonehenge (1836) ( Fig 5) recalls a walk to the monument from July 1820. Constable transforms his studies into a finished masterpiece with a double rainbow and is surely a meditation on Ruben’s Landscape with a Rainbow (1638).

Further research needs to be done on the relationship between British and Romanian painting. The case for Grigorescu- Constable promoted in the press release as the pretext for this exhibition as a supposedly direct relationship of appreciation of Constable by Grigorescu is never made within the exhibition. It would not have been possible for Grigorescu to see   the small studies of John Constable, as Isobel Constable did not gift these etudes to the V&A until 1888.

However, Grigorescu does have a long professional relationship with many of the artists living in Barbizon, I would propose that an artistic line of succession could run from John Constable – George Beaumont- Thomas Girtin- Louis Francia- Richard Parkes Bonnington – Paul Huet – Theodore Rousseau – Nicolae Grigorescu. Each artist was passing on or practically demonstrating to one another this new method of working. Grigorescu’s paintings of clouds, landscape studies and trees form a sequence of walks from Barbizon through to Fontainebleau, which in turn form a key part of the MNAR collection in Bucharest, just as Constable’s ‘plein air’ paintings do at the V&A.

Next Spring 2023 there will be a large Nicolae Grigorescu exhibition at the MNAR, Bucharest which will complement the V&A Constable Seeking Truth exhibition. This inspiring bilateral success leaves plenty to be uncovered with the forthcoming celebrations of Constable’s 250th  anniversary to be celebrated in 2026. Peter Harrap (D.O.B 1975) is a British Romanian Artist and Curator who discovered (with Shan Lancaster) that his house and studio was also John Constable’s, 9 Mrs Sober’s Gardens  from  1824- 1828[1}. He curated  ‘Constable and Brighton; Something out of Nothing’; 2017 at Brighton Museum, An exhibition of  around 100 works of John Constable’s time in Brighton from 1824-1828. [2]Harrap lectured on Constable’s ‘Walking to Ruins ’  at the George Enescu National University of the Arts, Iasi Romania in November 2021, and at the Royal Academy of Arts London February 2022 and at the Romanian Cultural Institute, London, July 2022 on ‘Grigorescu vs Constable’ on behalf of the British Council, Paul Mellon, and the Tate British Art Network. He is currently a PhDc at the George Enescu University of the Arts Iasi Romania and also as a researcher at SSEES, UCL. 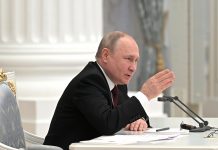 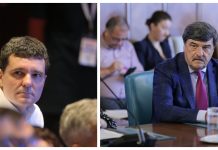