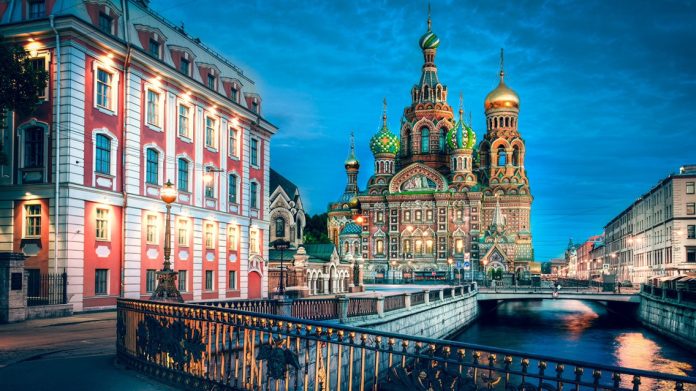 Everyday life has changed dramatically for ordinary Russians after Russia launched it invasion of Ukraine on Feb. 24.

Universul.net takes another look at life inside Russia more than one month into  the unprovoked war and reports on how the war is affecting people_ from sanctions, to shortages and a general information blackout.

Russians are worried about shortages of basics such as sugar, buckwheat and sanitary pads. The price of potatoes, cabbage and bananas have skyrocketed, according to reports.

People have lost their jobs and they are afraid to speak against the war, let alone protest .There is an increased police presence on the streets.

There are other questions too. Will a Russian „Uncle Vanya” replace „McDonald’s” after the U.S. fast-food chain left the country and what will people do without IKEA?

As a result of the sanctions, most people are struggling to get basics.

„Food is becoming more and more expensive every week, and stores have run out of basic products. Sugar, tissues and feminine sanitary products have run out. We have also lost a huge amount of imported medicine,” a Russian woman from St. Petersburg told Polish site Onet Podróże.

Russian society is split. Some people support Vladimir Putin’s invasion, while others have left the country. Some Russians are opposed to the propaganda and disinformation and others simply don’t care.

Even so,  life has become increasingly difficult because of the high prices. „Fruit and vegetables have tripled in price; there are increases every week,” the St. Petersburg resident said.

How to leave Russia?

People are worried after foreign companies pulled out and people lost their jobs. The poorest people have been hardest hit.

One of the most popular Google searches right now is: „How to leave Russia?” as people began to leave.

Georgia’s interior minister said more than 30,000 Russians have entered the country from Feb. 24 to  March 16. Some 18,000 traveled on to Armenia, Azerbaijan and Kazakhstan.

Richer Russians have gone to Turkey, Egypt, the United Arab Emirates and Mexico. When the „Allegro” train was still running from Russia to Finland, it had  700 passengers a day traveling on it, compared to just 70-80 people a day before the war. However, only not all Russians have been able to afford to leave and the poorest have been left behind.

There are some Russians who are opposed to Mr. Putin’s war and say they want to stay to fight disinformation and propaganda.

„I could get arrested and go to jail even for answering this. There are those who approve and appreciate everything that the government does – they believe that Ukraine is Russia’s enemy.

Some have decided to distance themselves from these events, saying that they do not care. They are not against the situation. I personally believe that aggression is not a way of resolving the conflict,” she said.

‘War is not right’

„Young people and educated people understand that war is not right. They are against this situation – they fight, shout,  and spread the news. I will not move abroad because I want to live and fight.”

Fewer and fewer Russians are taking to the streets to protest because they are afraid of the consequences. People risk up to 15 years in prison for any show of solidarity with the Ukrainians. The number of policemen on the streets has significantly increased.

Some of the shortages in shops is also a result of ‘panic buying.’

„A kilogram of cabbage used to cost about 25-30 rubles, and now you have to pay up to 100 rubles. (Even) the price of potatoes has gone up a lot.  Bananas cost 60-70 rubles and now they are at least 105 rubles a kilogram,” another St. Petersburg resident said.

Staples such as sugar and buckwheat began to disappear from the shelves in Moscow and St. Petersburg just a week after Russian troops entered Ukraine. Films have appeared on the internet showing how people, often the elderly, are fighting over the last  packet of sugar in Russian supermarkets.

„The videos are real. … People behave like this because they are afraid. We are all scared. Prices are three or even four times higher than a week ago. This means that the people of Russia will soon die of starvation. People will become thieves or vandals because they just want to survive. The fight in the stores is just the beginning” – she added.

But not all Russians are concerned about foreign companies leaving.

„There are Russian companies that offer the same products and services as foreign ones. But you can’t find these reasonable products,” one man said.

However, Russians regret the departure of foreign companies. On March 3,  the day before IKEA withdrew from Russia, residents flocked to the stores to stock up, videos and photos showed.

Before McDonald’s shut, there were massive queues outside their restaurants. Some residents even stocked their refrigerators  with McDonald’s takeaways.

After their closure, there was talk that Russians would create a homegrown version of McDonald’s, an „Uncle Vanya” fast-food chain.

Russian fast food chains have co-existed with McDonald’s and other foreign fast-food chains, so „Uncle Vanya” would not be a novelty.

Russia already has plenty of eateries offering Shawarma, which has become a popular street food in Russia over the past decade, so that may be Russia’s answer to the American fast-food company.