Doctors worked frantically to save a man’s life after he was attacked by a bear while he was tending sheep, officials said Saturday.

The 54-year-old man was attacked early Friday by the bear while he was looking after sheep in a rural area in central Romania.

He was received emergency treatment at a nearby hospital. He later underwent six-hour operation at the Miercurea Ciuc county hospital.

„Another bear attack! A 54-year-old man was attacked at dawn on a farm  He is currently in the operating room after suffering serious chest injuries” Chairman of Harghita county council Csaba Borboly wrote on Facebook.

“It was like in Formula 1, when you have to change the wheels in a fraction of a second”, he said.

„It is among the worst cases I have seen in almost 11 years since I have been here “ , he added.

The man is now recovering in intensive care and can breathe on his own.

Surgeon Dobrica said the man was attacked from behind as he was walking toward a house. He managed to return to the sheep where there were other shepherds who summoned help.

“Bear bites are very complex, because they cause … damage you don’t even think about. Large blood vessels are damaged and there are serious heart and lung injuries “The bear’s grip is like a crocodile’s. In my experience there can be incredible trauma, like a crocodile or hippopotamus bite,  he said.

Hospital manager Judit Konrad  thanked the team which performed the „marathon” surgery, and medics at the first hospital where he received emergency treatment.

Environment Minister Barna Tanczos Barna said that the state needed to step in to “prevent such tragedies”.

He wants an overturn of a ban on bear hunting. Hunting was banned in 2016. Romania has the largest population of brown bears in Europe, outside Russia.

The population is believed to be around 6,000, although hunters claim there are more, and animal groups say there are fewer.  “Prevention is absolutely necessary… and immediate intervention if we have an attack “, he said.

The minister said the local state hunting association was monitoring the bear and would ask for “the dangerous bear specimen” to be hunted.

He said the bear could easily strike again. “Dangerous specimens must be extracted to prevent … tragedies and loss of life, ”he said. 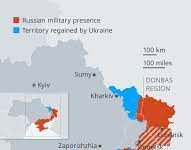 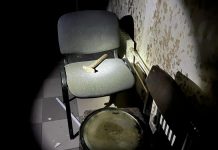