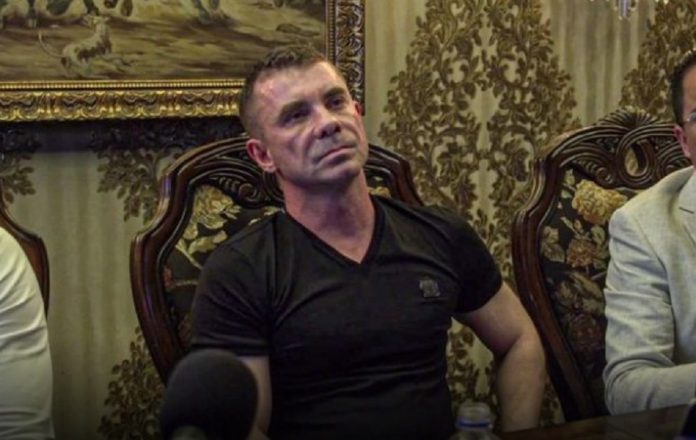 Mexican authorities have detained Florian Tudor who is suspected of being in charge of an international crime syndicate based in Cancun that stole millions of dollars from tourists by cloning their credit card data.

His detention follows an extradition request from Romania linked to charges of organized crime, extortion and attempted murder.

Romanian media identified Florian Tudor as “Rechinul” or “the Shark.”

Mr Tudor has maintained his innocence. Officials say hundreds if not thousands of tourists were allegedly scammed at ATM machines run by his group in Cancún.

Mr Tudor posed as a legitimate businessman and claimed he was facing political persecution. He was even granted a meeting with Mexico’s top police official in March.

He is a notorious figure from the southern Romanian city of Craiova. His skimming ring is thought to have made hundreds of millions of dollars by copying credit card data from tourists along Mexico’s Yucatán peninsula.

A Mexican judge will now decide on his extradition in the next two or three weeks.

Romanian Libertatea newspaper quoted a source from the organized crime agency who said that U.S. were involved in the investigation. He allegedly targeted large numbers of American tourists.

A joint investigation by OCCRP and Romania’s RISE Project said the network extended to Europe, America and Asia.

Romanians who were in the syndicate used fake cards with data stolen in Mexico to withdraw small sums of money that they sent to Romania.

Once in Romania, Tudor’s relatives and aides invested the money in real estate which they sold to launder the profits. Tudor also owns several hotels and high end real estate in Cancún, Balkan Insight reported.

The group signed a contract with one of Mexico’s leading private banks, which started using ATMs with skimming devices already installed. This method saved the syndicate from having to attach data-copying devices to cash machines.

Mexican anti-money laundering agency blocked 79 bank accounts of people in the crime syndicate in February. The ring had allegedly forged ties with a number of Mexican politicians over the years.

Romanian authorities are also investigating him over the alleged trafficking of Romanian nationals of Roma origin to Mexico and the U.S.

They were allegedly sent to steal and beg and apply for asylum in case of arrest, claiming they were fleeing persecution in Romania.