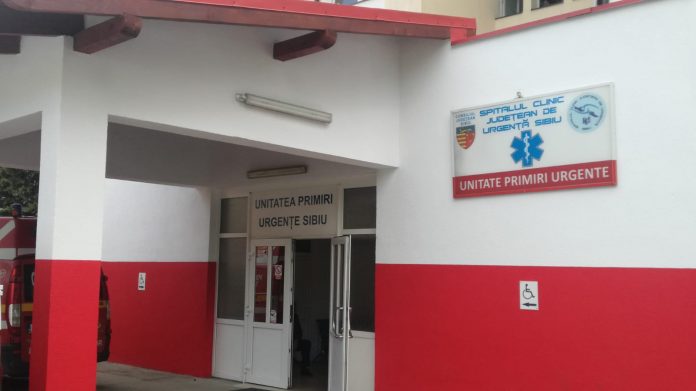 The military has been put in charge of a hospital treating Covid-19 cases in the central Romanian city of Sibiu after patients were put into fast food kiosks, without toilets, and dead bodies were put in coffins as patients waited to be admitted.

Col. Constantin Vlase was appointed manager of the Sibiu County Emergency Clinic  on Thursday told Agerpres news agency that his first executive decision was to move patients from ‘fast food kiosks’ where they’d been hospitalized with no toilet or bathroom into the administrative section of the hospital.

He said the kiosks were “a temporary solution” that were used as an emergency to cope with rising number of admissions of Covid-19 patients.

They are now in a makeshift ward of 12 beds in the administrative section with access to a toilet and bathroom.

The new military management has moved the container used for dead bodies into the hospital morgue’s courtyard.

The fast food kiosks transformed into “Covid-19 wards” were used  to treat patients for five days, until they were transferred to other parts of the hospital.

There were instances of two patients sitting on a chair due to a lack of free beds in the main hospital building.

After the changes, undertakers no longer have to take corpses from black bags and place them into coffins in front of the hospital, in view of patients who were waiting nearby to be admitted to the facility.

„The containers for people who had died from Covid-19…. Have been relocated to optimize the process of handing them over to next of kin,” the new director said.

Romania’s dilapidated and underfunded healthcare system came under renewed scrutiny after ten patients died in a fire that broke out in an intensive care unit in the northeast city of Piatra Neamt last month.

Romania spends among the least in the EU on health, allocating just 5.6% of its gross domestic product on health in 2019.

Hospitals have been struggling to cope with rising numbers of Covid-19 patients in recent months, particularly those that need intensive care treatment.

Sibiu county has seen a rise in Covid-19 cases in recent weeks. The county has reported 436 deaths since the pandemic begun, including 10 deaths in the last 24 hours.