With an energy crisis looming in Moldova, Romania has assured its neighbor that it is „making every effort” to find supply, transit and storage solutions for natural gas it needs ahead of the winter.

The former Soviet republic is 100 percent dependent on Russian gas, and the economy is dependent on a reliable and affordable supply with an inflation rate approaching 35 percent.

Moldova’s national gas company Moldovagaz signed a long-term contract with Gazprom last year, but Moldova failed to carry out an independent audit on the historic debts between the two parties as it had promised.

Moldovan leaders fear that Russian supplier Gazprom may halt gas deliveries to its country after Oct. 1.

With that in mind, the Romanian and Moldovan premiers reviewed the current stage of energy and natural gas projects and direct financial support offered by Romania to Moldova, according to a government statement.

Romania will provide electricity using existing transmission infrastructure, while new interconnection lines will be built in the future, the statement said.

The prime ministers also announced the opening of a new border point to streamline traffic at congested crossing points, amid a buildup of trucks transiting the two countries.

The Moldovan breakaway republic of Trans-Dniester has not paid for gas it received from Russia for free for decades and has accrued debts of 7-8 billion US dollars.The pro-Russian separatist region, however, provides some 70% of Moldova’s electricity at a lower than market price.

Russia supplied about 45% of Europe’s gas for many years. After sanctions were imposed on Russia due to its invasion of Ukraine, Russia began to reduce the amount of gas it sent, which has sent prices of gas and electricity soaring across the continent. 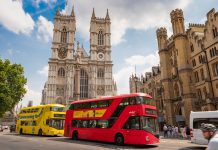 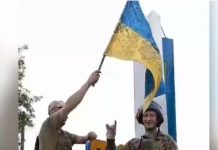 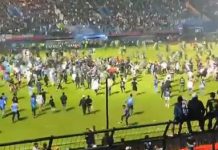