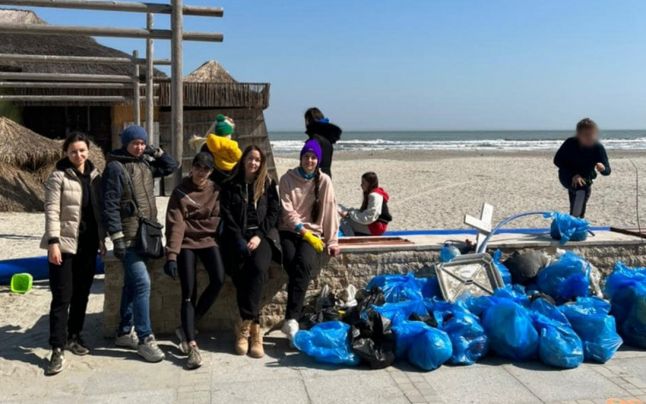 Some 608,000 refugees from Ukraine have entered Romania since Russia invaded the country in what is Europe’ largest refugee crisis since World War II, the UN said.

The U.N. refugee agency, UNHCR,  on Wednesday  said that more than 4 million people have left Ukraine since Russia launched its invasion on Feb. 24.

That number exceeds the worst-case predictions made at the start of the war.

Some 2.3 million_more than half of the refugees from Ukraine_ have entered Poland, but some have since traveled on to other countries.

A small number have returned to Ukraine, either to help in the defense against the Russians or to care for relatives.

Its figures are based on counts provided by the governments of those countries.

“The situation inside Ukraine is spiralling,” UNICEF Executive Director Catherine Russell said in a statement Wednesday.

“As the number of children fleeing their homes continues to climb, we must remember that every single one of them needs protection, education, safety and support.”

U.N. High Commissioner for Refugees Filippo Grandi traveled to Ukraine on Wednesday to discuss ways to increase support “to people affected and displaced by this senseless war.”