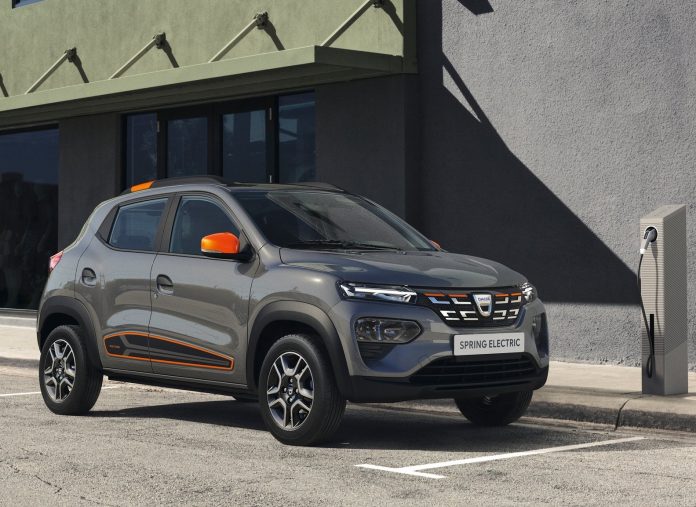 The Dacia Spring is set to become the cheapest new electric car available in Europe.

Unveiled in Paris on Thursday by Renault, the new model has almost the same styling as the Spring Electric concept car and very similar to the Renault Kwid sold in India, Auto Express reported.

Despite the SUV look, the Spring which will go on sale in spring 2021 is appropriate for urban driving_ at 3.73 meters long and 1.62 meters wide, it’s marginally longer and wider than a Volkswagen up!

Dacia says it’s spacious inside with enough room for two adults in the rear and a glove box, door pockets and a central storage box providing 23.1 liters of storage.

It boasts a 300 liter trunk, well above average for a city motor.

Dacia has equipped the Spring with a 43bhp electric motor. It’s paired with a 26.8kWh battery, which according to official WLTP testing allows for a range of 140 miles on a single charge _ though this could increase to 183 miles in the type of urban driving it’s designed to do.

No acceleration figures have been released, but Dacia states a top speed of 225 kph.

Dacia will also offer a smartphone app which allows users to monitor charging status from their mobile device, locate the car in real time, and pre-heat or cool the car in vehicles equipped with air conditioning.