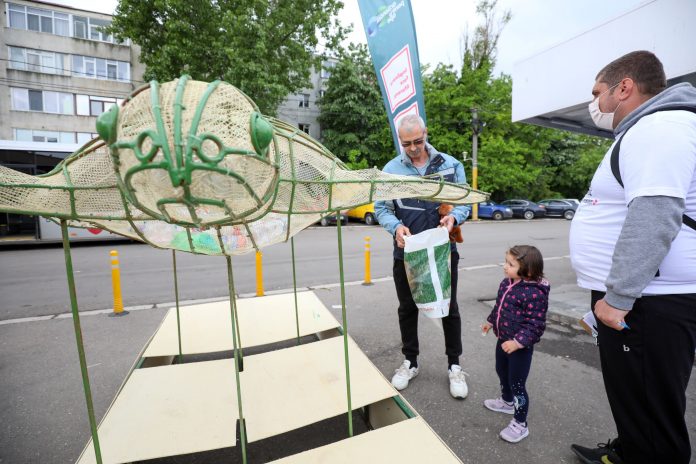 The ”Swap plastic for a free ride” campaign has had a test run in the Black Sea port of Constanta.

The initiative which allows passengers to pay for bus tickets with PET bottles and aluminum cans aims to promote recycling and encourage people to leave their cars at home.

It was  organized by the city hall, environmental group Act for Tomorrow and was part of the government’s Green Friday program.

The environment ministry rolled out the program in March this year in major cities.

Romania lags behind other European countries with environment issues such as recycling waste  and needs to adopt measures to improve environmental care to comply with European Union rules.

Urban residents are encouraged to leave their cars at home on Fridays and hop on public transport such as the subway, trams, buses, or use bicycles, electric scooters or walk which cause less pollution.

In Constanta, which tested the pilot program, passengers were able to travel on the buses on Friday May 21 for free in exchange for three plastic bottle or aluminum cans.

The campaign was a first for Romania, organizers said. The ”Swap plastic for a free ride” is supported by the Federation of Non-Governmental Youth Organizations in Constanta, Kaufland Romania and Green Ambalaje.

Constanța City Hall and the partners of the campaign  may extend the campaign every Friday during the summer depending on the results.

Plastic bottles are also valid fare to ride the subway in Rome. Passengers need 30 bottles to get enough credit for one trip, which can be deposited into special fare machines at certain stations.