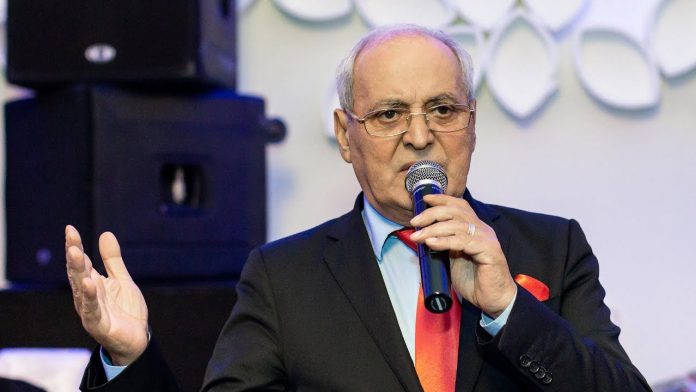 Popular Romanian singer Nelu Ploiesteanu who took his songs of love and village life abroad and sung in restaurants at home during a career spanning half a century, has died from complications caused by Covid-19. He was 70.

The prolific musician of Roma origin was one of the most popular musicians of his generation. He died at the Floreasca Hospital in Bucharest on Friday morning, News.ro reported.

During his 50-year career, he sung about love, youth, village life and pubs in a distinctive croaky voice. He soothed and entertained Romanians with everyday topics set to traditional music.

He sung privately for Nicu Ceausescu, the son of the late dictator, and for ex-presidents, Ion Iliescu and Traian Basescu.

He was also one of the most expensive artists of his genre, charging 2,000 euros an hour. “Who wants me can pay, who doesn’t, doesn’t” he told Adevarul in 2010.

He was hospitalized last month but checked out saying he had nothing more than a cold which could be treated at home.

Less than two days later he was back in hospital after his condition deteriorated.

He was born Ion Dumitrache in 1950 in a village in southern Romania near the city of Ploiesti, and began singing at the age of 18 after his father’s funeral.

After his debut, he moved to the capital and began to work with the “Ion Vasilescu, variety theater. Nine years later, he toured abroad with the Mugurel group, something of a privilege in the communist era when foreign travel was severely restricted for most people.

He toured France, Italy, Belgium, the Netherlands, Spain and Germany during communism. He would tour for six months with other musicians, and then come home.

Unlike other Romanians who went abroad, he decided not to emigrate. He said he had a vocation to “to bring back old Romanian music,” to the public.

He brought out at least 15 albums after the 1989 fall of communism. The public was able to enjoy his music live as he was a regular at Bucharest restaurants such as “Perla” and the now defunct “Red Snake.”

Career-wise he considered his most important musical collaborations were with the late Romanian actors Gheorghe Dinica and  Stefan Iordache. They the best actors of their generation.