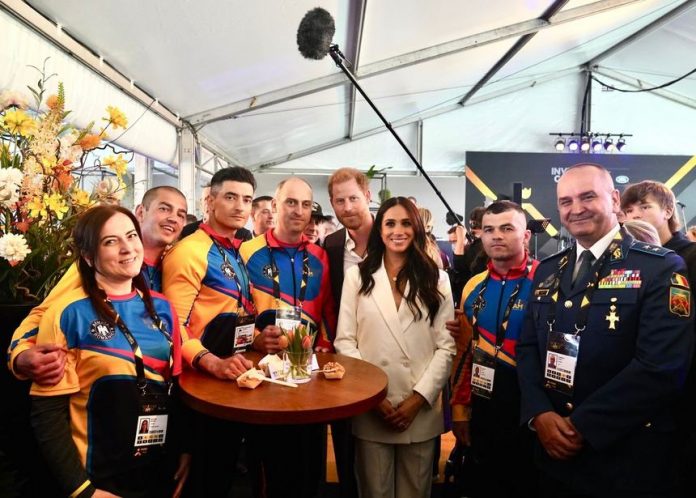 Britain’s Prince Harry and his wife Meghan spent some time Saturday chatting with Romanian military veterans at the Invictus Games in the Hague, the defense ministry said.

”Prince Harry of Great Britain and his wife Meghan visited wounded servicemen who were taking part in the Hague 2022 Invictus Games,” the ministry said in a post on social media.

The ministry said the “Duke and Duchess of Sussex spoke to Romanian military who smile and encouraged them. They also got a taste of Romanian humor,” the post added.

Last week, Romanian President Klaus Iohannis received the Romanian delegation before it headed  for the games in The Hague which started Saturday.

The prince, 37, may already be acquainted with Romanian jokes. Ten years ago, he spent a snowy Easter in the Transylvanian region.

His father Prince Charles has long been enamored of Romania’s rural traditions and before the pandemic visited the country every year. He has a charity that promotes skills and training in rural Transylvania and owns two properties in Romanian villages.

The British royal launched the Invictus Games in 2014 and despite having relinquished his royal duties for a life in California with his wife Meghan and two children, the event is especially close to his heart.

This year’s games run from 16 to 22 April at The Hague, having been delayed by the pandemic.

The Invictus Games aims to harness the power of sport to inspire recovery and support rehabilitation for wounded, injured or sick servicemen and women.