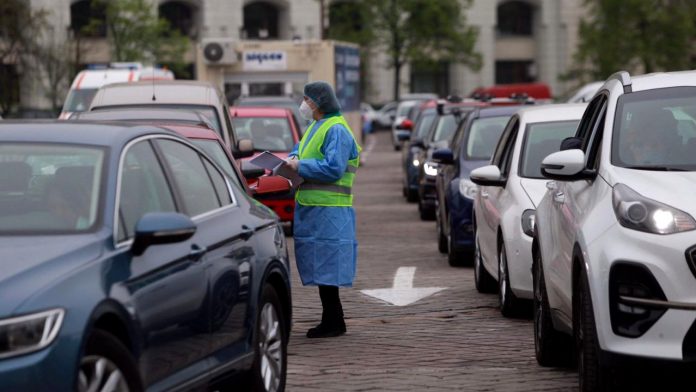 He said that mandatory masks will be scrapped on the beach and in the mountains when authorities reach their target of five million vaccinations.

Some 3.38 million people had been vaccinated by Tuesday, of which more than two million have had both doses.

The government has stepped up efforts to vaccinate more people this month, including opening drive-through vaccination centers.

The number of new cases has dropped to less than 2,000 a day after weeks of extra restrictions in Bucharest and other badly-hit places.

„If 5 million are vaccinated by June 1, for the summer season we can scrap masks on the beach and for hiking in the mountains,” the prime minister said.

He said hotels and restaurants could fully open and private events may also be allowed for vaccinated people.

However, he cautioned that the mask requirement would remain in place until at least August 1.

“It depends on how things move, but I would like to look at August 1 for giving up wearing a mask. Israel also abandoned the idea after reaching almost 60% (degree of vaccination, ed’s note.),” he added.

The prime minister said it was clear that the infections had reduced as the vaccine rollout picked up pace.

„The only solution …. is vaccination”, he added.

„Romania will choose a good path for all citizens”, the prime minister said, adding “There is no excuse” for people not to get vaccinated.”