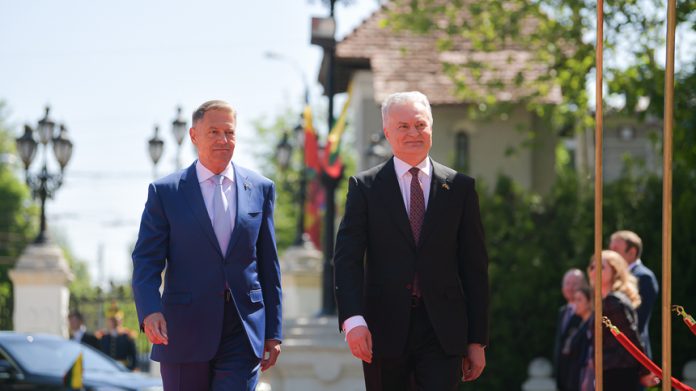 “We must increase our efforts to put more international pressure on Russia, “ Mr Nauseda said on Friday during a visit to Bucharest. “The horrific war crimes committed by the Russian military must not go unpunished,” he said after talks with Romanian President Klaus Iohannis.

The war “has generated the most serious security crisis in decades, with multiple implications,” the Romanian president said, adding that Romania supports a thorough investigation by the International Criminal Court into war crimes committed by Russian troops in Ukraine.

The two leaders discussed the regional security situation, the objectives of the next NATO Summit in Madrid at the end of June and weaning off Russian gas.

“Romania and Lithuania support eliminating the EU’s dependency on Russian energy,” The Romanian president said touching on a key but complicated issue at the heart of Europe’s response to the invasion.

Both countries are concerned about reducing the impact of high energy prices on consumers, Mr Iohannis said. “We will continue the dialogue on what  measures needed to protect European citizens’,

“Our… cooperation is essential to strengthen the safety of (NATO’s) eastern flank, “ the Lithuanian leader said. „We have ambitions in terms of military response options that significantly increase the defense of NATO’s eastern flank.”

He thanked Mr. Iohannis for promising to send fighter jets back to the Baltics for defense missions next year.”

„We have ambitions in terms of the military response options that significantly increase the defense of NATO’s eastern flank,” he said.

Romania’s anti-Semitism czar tells of the horrors committed by Russian Army in Ukraine. ‘It was planned  genocide’