A Bucharest court has convicted a former Romanian intelligence officer with Holocaust denial, the first time someone’s been sentenced almost two decades after Romania made it illegal to publicly deny the systematic slaughter of Jews by Nazi Germany.

Former colonel Vasile Zarnescu on Wednesday became the first person in Romania to be convicted of Holocaust denial in a move welcomed by the government’s anti-Semitism special representative. The ruling isn’t final.

The Bucharest district 3 court handed Mr Zarnescu a 13-month prison sentence for a book he wrote where he claimed the Holocaust was grossly exaggerated and a money-spinning exercise.

He was also ordered to pay 1,500 lei in legal costs. He has ten days to appeal.

The ruling was welcomed by Romania’s new anti-Semitism czar.

“The first condemnation for Holocaust denial send a very important message from the justice system, but it also rings alarm bells in Romania,” said Alexandru Muraru, who heads the government task force to combat anti-Semitism and xenophobia in a statement.

Since Holocaust denial was made illegal almost 19 years ago, nobody has been convicted.

Mr. Muraru said the sentence was “an appeal to respect the law, (and) evidence that the legal system is acting correctly after numerous other cases and investigations which were concluded without any results.”

The former officer, who worked for the Romanian Intelligence Service (SRI), wrote a book called “The Holocaust-the diabolical Bogeyman- the extortion of money in the name of the Holocaust money  (in Romanian “Holocaustul – Gogorița diabolică – Extorcarea de ‘bani de holocaust’) in 2015 in which he asserts that the killing of six million Jews is “the biggest fraud in the history of the universe.”

A book launch at the Mihai Eminescu bookshop in Bucharest was canceled. Prosecutors opened an inquiry into the case and the former officer was sent to trial in 2020.

Holocaust denial, including denial of the Holocaust in Romania, which was allied to Nazi Germany for part of World War II, was first made illegal has been illegal in an emergency decree published in 2002 which was ratified by Parliament in in 2006. The law was updated in 2015.

President Klaus Iohannis signed legislation into law in 2015 meaning that public denial of the systematic slaughter of Jews by Nazi Germany, along with a number of other offenses, would now be punishable by up to three years in prison.

In 2016 Vasile Zarnescu called the 2002 decree “unconstitutional” and “criminal,” in an interview with Radio France Internationale.

“Holocaust denial and anti-Semitism are not just ‘Jewish problems,’ but they are (problems) that affect the whole society,” Mr Muraru said. 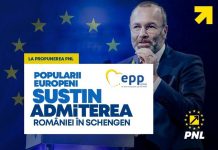