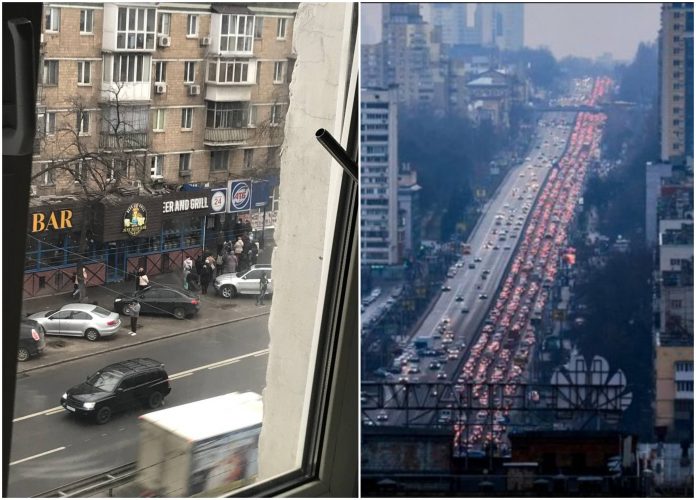 Romania leaders on Thursday scrambled to respond to the deteriorating security situation after Russia ordered a military operation in neighboring Ukraine.

President Klaus Iohannis convened a meeting of the country’s top defense council  Thursday in response to Russia’s invasion of Ukraine. He will also meet with the leaders of the two main parties in the governing coalition to discuss the situation.

Romania shares a 600-kilometer border with Ukraine and officials say expect an influx of refugees  from the hostilities. Ukraine has declared martial law.
Romanian Prime Minister Nicolae Ciuca on Thursday convened a task force to monitor the situation generated by Russia-Ukraine crisis and coordinate measures to ensure the public services in Romania.

President Vladimir Putin is „bringing war back to Europe”, a move which targets „the whole of the international peace order”, she said.

Earlier, Stoltenberg had already condemned Russia’s invasion. “Despite our repeated warnings and tireless efforts to engage in diplomacy, Russia has chosen the path of aggression,” he said.

He also warned Moscow that the alliance will “do all it takes to protect and defend” NATO members.

He called the invasion a “grave breach of international law, and a serious threat to Euro-Atlantic security. I call on Russia to cease its military action immediately.”

The 27-nation bloc has already issued sanctions on Russia for its recognition of breakaway republics in Ukraine earlier this week. EU leaders  “will outline a further sanctions package.”