Romania’s minority Liberal government is poised to pass an emergency ordinance to revert to two rounds of voting in local elections.

The move triggered an angry response from the opposition Social Democrats who called it “undemocratic” and sent a letter of protest to the European Union.

But Prime Minister Ludovic Orban said: “We are passing laws that people want, not what politicians want.”

“Eight-five percent of people want two rounds of voting when they elect mayors. The mayor should have authentic legitimacy.”

Romania had a two-round system with a runoff two weeks later between the two candidates who scored best until 2016, when the country adopted a first past the post system.

Bucharest Mayor Gabriela Firea won election in 2016 after winning just 13% of the vote. She says she will run for a second term.

Orban said the minority government would either seek parliamentary approval, or adopt an emergency ordinance, which carries fewer risks.

But Romania’s biggest party, the Social Democrats, oppose the move which could see them lose a lot of seats and local councils around the country. The Liberals would benefit from the move, winning hundreds more seats, particularly in smaller towns and villages.

He sent a letter to President of the European Commission, Ursula von der Leyen and other high-level European officials.

He said the move carried “the risk of impairing trust in Romanian democracy and the rule of law.”

President Klaus Iohannis met ministers Wednesday and later said the government would adopt legislation to make it possible to revert to two rounds of voting.

However, Dan Barna who heads the Save Romanian Union, which supports some of the government’s policies gave his support to the move although he cautioned the government about trying to get Parliament to approve it, because it lacks a majority.

“I don’t want to see ourselves in a position where there’s a vote of no confidence and the government falls and we don’t have two rounds of voting in local elections,” he told Digi24.

Romania had two rounds of voting until the last elections in 2016, when the Social Democrats changed the legislation. 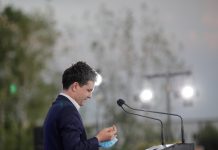 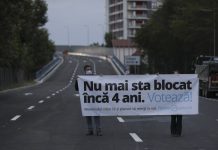