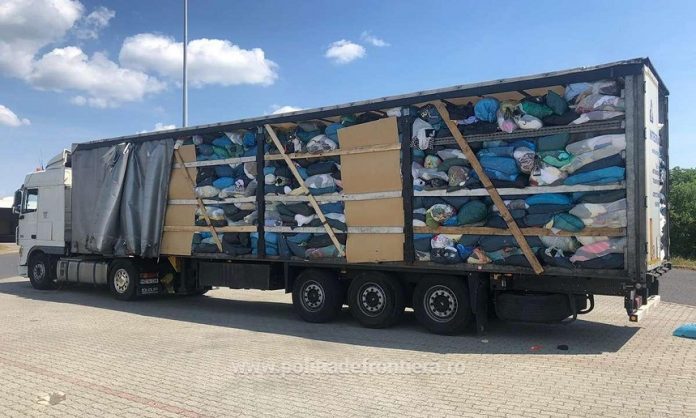 Romanian border police say they have stopped six trucks that were carrying more than 100,000 kilograms of waste from entering the country.

Border police in Oradea called the local environmental guard after they found the junk: textiles, plastic, cardboard and second-hand clothes on the trucks which drivers didn’t  have transport documents for.

”Border policemen… discovered the waste (that had been sent by) companies in Italy, Belgium, Sweden, Germany and Austria to Romanian companies ”, Oradea border police said in a statement. The shipments were intercepted on Friday and Saturday.

It is the latest load of illegal waste to be shipped to Romania this month.

Border police request special help from Bucharest police and the regional environmental guard because the shipments appeared to be illegal.

„Following the checks it was established that the trucks which were loaded with textiles, plastic, cardboard and second-hand clothes in an advanced state of decay were in fact waste. Drivers did not present the necessary documentation required by law “. the statement said.

More than 100,000 kilograms of waste were transported in the vehicles. Authorities didn’t allow the trucks to enter Romania.

More than 3,600 tons of waste have been sent to Romania this year, according to border police. Most of it is shipped to the Black Sea port of Constanta.