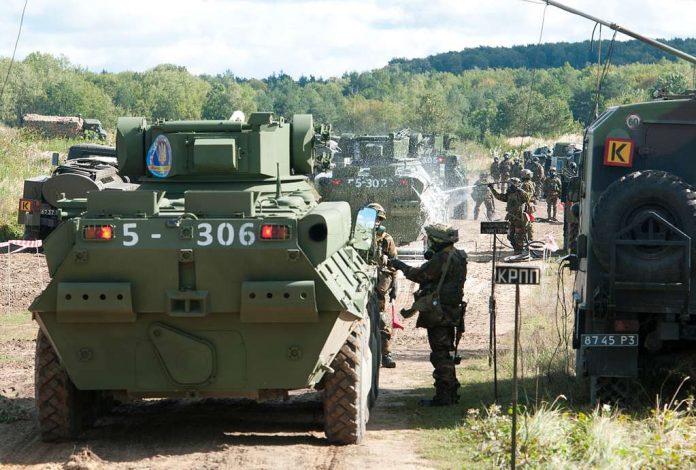 Romania and Moldova on Monday both denounced the Russian president’s decision to recognize the independence of the two Russian-backed territories in eastern Ukraine.

He also accused Ukraine of being little more than a “puppet” of the United States.

The move was met with unease and condemnation in Moldova, and Romania which both border Ukraine.

Romania shares a 615-kilometer border with Ukraine and is prepared for an influx of refugees if Russia invades its neighbor.

RO🇷🇴 strongly condemns the recognition by Russia of the Donetsk & Luhansk areas of 🇺🇦 as independent. This is a blatant violation of international law, which must attract the most severe response of international community. We firmly support 🇺🇦sovereignty & territorial integrity.

In a similar message, Moldovan President Maia Sandu said the former Soviet republic “ strongly condemns recognition by Russia of the separatist areas of Donetsk and Luhansk.”

“This is clearly against international law. Moldova remains firmly committed to supporting the sovereignty and territorial integrity of Ukraine within its internationally recognized borders.”

We strongly condemn recognition by 🇷🇺 of the separatist areas of Donetsk & Luhansk oblasts of 🇺🇦. This is clearly against intl law. 🇲🇩 remains firmly committed to supporting the sovereignty & territorial integrity of 🇺🇦 within its internationally recognized borders.

Moldova is wedged between Romania and Ukraine and has some 1,500 Russian troops stationed in a breakaway republic.

The Russia president delivered an almost hourlong emotional address that set the stage for the possibility of Russian military action against Ukraine. Russia has amassed about 150,000 troops near Ukraine.

Mr. Putin’s described Ukraine’s pro-Western government as a dire threat to Russia and to Russians.

“Why was it necessary to make an enemy out of us?” Mr. Putin said, repeating long-held grievances about NATO’s eastward expansion.

“They didn’t want such a large, independent country as Russia. In this lies the answer to all questions.”