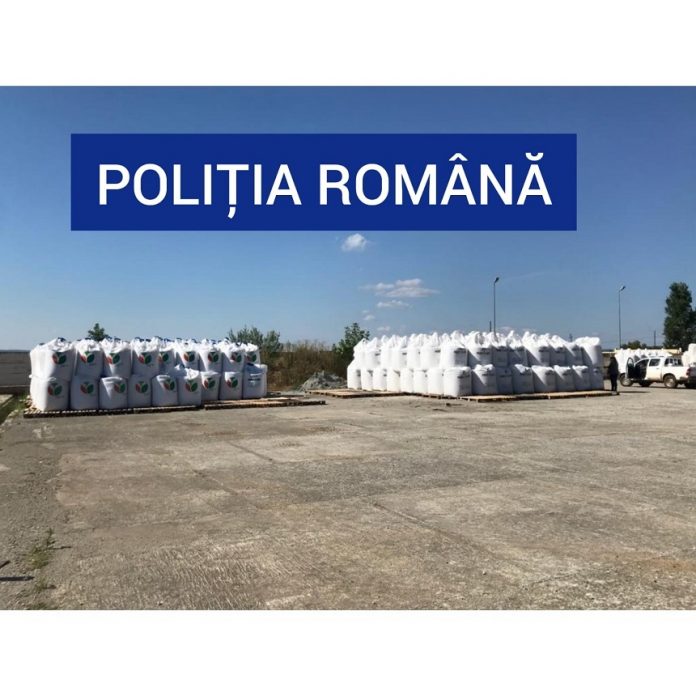 Romanian police have discovered thousands of tons of ammonium nitrate stored illegally and unsafely at sites and storage units across the country.

They seized more than 8,450 tons of the chemical across Romania, about three times the 2,750 tons that caused a massive explosion in the Lebanese capital, Beirut on August 4, that killed more than 200 and injured thousands.

Police said in a statement that they had conducted 51 checks over three days and that they had begun a number of criminal inquiries into companies that are suspected of negligence and mishandling hazardous materials.

Officers found 5,000 tons of ammonium nitrate in a warehouse in the Black Sea port of Agigea last week.

They also found 30 and 35 tons of the toxic chemical in the Danube ports of Braila and Galaţi which were allegedly stored outside and in unsafe conditions.

In another case, police found 368 tons on a farm on Tuesday in the southwestern town of Oravita being stored in direct sunlight. If the chemical becomes contaminated for example with oil, it becomes highly explosive.

The National Maritime Administration of Constanta Ports Company said on August 12 that  some 26,000 tons of ammonium nitrate are currently in storage at the Black Sea port of Constanta

They said that some 87,000 tons of nitrate had passed through the ports and waterways of Constanta port in eastern Romania since January.

Romanian authorities said there were currently five operators handling ammonium nitrate and in three different areas of the port.

Port authorities said operators who handle hazardous materials, such as ammonium nitrate, have to have a security plan detailing the way the material is transported and stored. It needs to be approved by the Inspectorate for Emergency Situations.

The last ship loaded with nitrates was on July 17, a statement said.