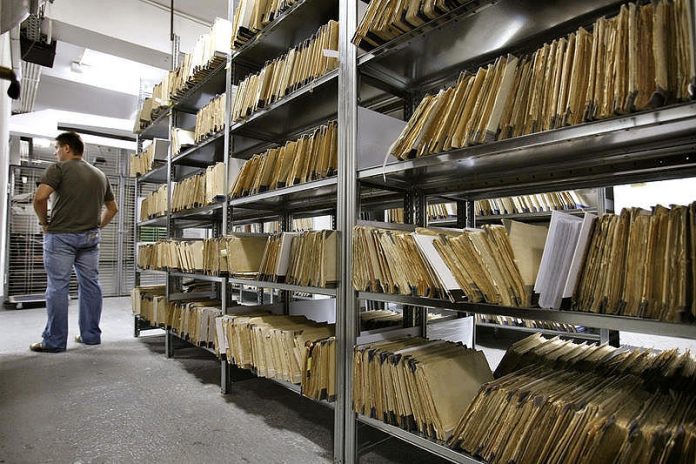 A Romanian government institute has sent thousands of files relating to the activity of 32 former Securitate officers who allegedly recruited more than 800 school-age students as informants for the communist-era secret police.

The Council for the Study of the Securitate Archives said Wednesday it had sent 2,680 files to the military prosecutors last week. It said they contained information on 32 officers who they say were involved in recruiting 838 pupils at the end of communist regime.

Officers could face prosecution for their action.

“These files relate to possible crimes against… humanity and refer to the last two decades of communism in Romania. Thousands of pupils who were not yet adults were recruited as sources,” a statement said.

The council said it has identified almost 2,700 files.

The youngsters were tasked to report on their parents and teachers. It is unclear whether they were asked to report on criticism of the regime Nicolae Ceausescu or other information, other officials have said.

Even during the communist era when rights were curtailed, the method was illegal. The Securitate police which was indirectly controlled by Communist leader Nicolae Ceausescu kept tabs on Romanians.

They spread their tentacles into every walk of life, even schools, as Ceausescu became more paranoid in the late 80s. He was toppled and executed during the 1989 revolution.

The council said recruiting school-age children was “an abuse by employees of state institutes who were legally bound to defend the constitution and civil rights. (The action) was systematic and targeted large groups of minors.”

The council said it also had  files on 43 officers who recruited some 700 pupils in the early years of communism.

Other officials have said that tens of thousands of youngsters may have been recruited.  Crimes against humanity have no statute of limitations.