Thirty years after communism ended, Romania is about to build a museum dedicated to crimes and atrocities that happened during more than 40 years of communism.

The Museum of Communist Horrors in Romania known in Romania as Muzeul Ororilor Comunismului aims to show the public the crimes and abuses experienced by Romanians from 1945-1989.

Culture Minister Bogdan Gheorghiu said officials had not agreed on a location for the museum, contrary to reports it would be located inside the giant palace built by late dictator Nicolae Ceausescu. Romania’s Parliament is housed in the palace.

Gheorghiu said an inter-institutional working group would be set up this week to start the project to build the museum, national news agency Agerpres quoted him as saying.

Officials from the culture ministry, the presidential administration and museum representatives will cooperate on the project, Gheorghiu said.

Not everyone is happy about the proposal.

Lawmaker for the Social Democratic Party Nicolae Bacalbaşa called it “a big hypocrisy” and said lawmakers should be ashamed after they voted in July to establish the museum.

President Klaus Iohannis later signed off on the legislation. 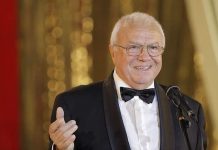 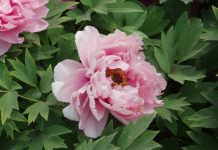