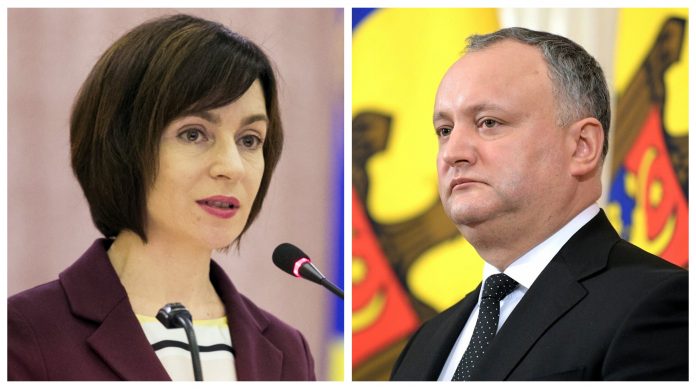 Romania’s foreign ministry is giving 250,000 euros to independent media and civil society groups in neighboring Moldova to support of „European values” in the ex-Soviet republic, days ahead of a crucial presidential runoff.

The announcement on Wednesday came a day after President Klaus Iohannis said Romania supported “irreversible democratic developments,” in Moldova and praised the frontrunner in the race, a former World Bank economist who is pushing for reforms in the impoverished country.

The foreign ministry said the grant was to “strengthen Moldova’s ties to European values and democratic principles by supporting civil society and the media as the main promoters of these values.”

On Sunday, Moldova holds a runoff between the pro-Russian incumbent, Igor Dodon and ex-Prime Minister Maia Sandu who wants to step up the anti-corruption fight.

Foreign Minister Bogdan Aurescu who initiated the grant said it was evidence of  “Romanian… support of Moldova’s European path, the only option that can secure stability and prosperity for its citizens,” a ministry statement said.

Much of Moldovan media is funded by Russian sources and many Moldovan are bi-lingual. Moldova signed an Association Agreement with the EU in 2014 angering Moscow which retaliated with an embargo on Moldovan fruits and wine, a blow for the agricultural country. Most of its exports now go to the EU.

The Romanian president said the Nov. 1 first round of voting which saw Maia Sandu unexpectedly getting more votes than the Moldovan president  was “a vote in favor of irreversible democratic developments in Moldova, something Romania has always supported.”

He said Romania would be closely watching the Nov. 15 runoff and would remain “a solid partner” for Moldovan civil society.

The former Soviet republic of Moldova was part Romania until 1940 when it was annexed to the Soviet Union as part of a  Nazi-Soviet pact. It declared independence in 1991 when the Soviet Union broke up.

The ministry said the funds will come out of its 2020 budget for international development co-operation and humanitarian assistance. The money will be delivered via the European Endowment for Democracy which the European Union and members states established in 2013.

The group promotes projects aimed at strengthening democracy and human rights in the EU Neighbourhood.

„Romania will continue to act in direct support of Moldovan citizens…. based on the special relationship rooted in their common language, culture and history, as well as in the Republic of Moldova’s Strategic Partnership for European Integration,” the ministry said.