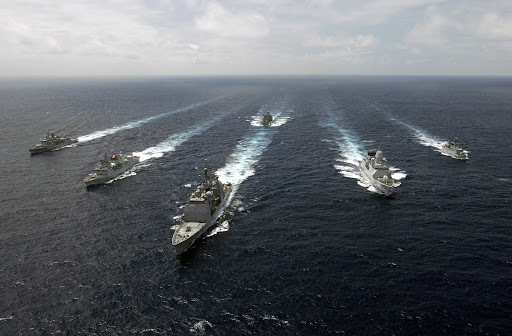 Ukraine and Romania want Western allies to step up their military presence in the Black Sea. They accuse Russia of militarizing the region, Defense News reported.

Warnings that Russia’s aggression and deployments of missile systems in Crimea threaten allies more broadly came in dispatches from each country’s ambassador to the U.S. Senate’s Europe and Regional Security Cooperation subcommittee ahead of its Black Sea hearing last week.

“Russia has established the large anti-access/area-denial (A2AD) exclusion zone on [the Black Sea]‚” Ukraine’s ambassador Oksana Markarova wrote. She said Moscow is using the area as a springboard for its Syria operations.

“NATO’s ability to defend its member-states and provide possible assistance to the third countries (Ukraine and Georgia) has been severely undermined,” she added.

“Growing militarization of the Crimean peninsula endangers not only the littoral Black Sea States, but also [the] much wider region,” the ambassador wrote. She said NATO should elaborate on joint response plans in the event Russia undertakes an armed attack on the Black Sea.

U.S. Defense Secretary Lloyd Austin visited NATO ally Romania and alliance aspirants Ukraine and Georgia last month as part of a tour to reassure the allies and to urge them to cooperate on the Black Sea.

Romania says it is already spending $3 billion to expand its Mihail Kogălniceanu Air Base. It wants an expanded U.S. and allied presence. Its top recommendation is that allies create a comprehensive Black Sea strategy.

“Credible deterrence can be assured only through solid presence,” read a Oct. 26 letter from Romania’s ambassador Andrei Muraru. “Increasing U.S. military presence in Romania in all domains ― land, air, and sea ― including a U.S. command and control structure.”

“Securing the NATO Eastern Flank… from the Baltic to the Black Sea, by implementing a single Forward Presence along the entire Flank that ensures stronger defense and reduces current vulnerabilities caused by the undeniable deterrence gap for the Black Sea region,” the letter said.

Romania also reiterated its support for Georgia and Ukraine’s goal to join NATO. Russia strongly opposes the move. The Kremlin, meanwhile, is irritated by other Western action on the Black Sea.