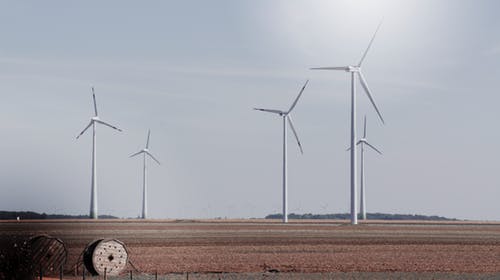 Romania’s competition authority said it has approved the takeover of the German-owned Crucea wind farm on the Black Sea coast by the Romanian state-owned hydro power producer Hidroelectrica.

„Following a review of the transaction, the Competition Council found that it does not raise significant obstacles to effective competition in the market, in particular by establishing or strengthening of a dominant position,” the anti-trust body said on Monday.

Hidroelectrica’s shareholders approved the acquisition on February 1 which is part of the company’s strategy to diversify its portfolio.

The deal was jointly announced by German energy group STEAG, the current owner and Hidroelectrica at the end of December.

Under the agreement, Hidroelectrica acquired STEAG’s shares in its Romanian subsidiaries, the  Crucea wind farm and Steag Energie Romania.

The Crucea wind farm is located in eastern Romania neat the Black Sea. It was developed by STEAG and began functioning in 2014.

A study by Erste Bank in 2016 placed Romania and especially the Dobrogea region next to the Black Sea with Constanta and Tulcea counties as the second best place in Europe after Scotland to construct wind farms due to its large wind potential.

In 2018, wind farms produced more than 10% of Romania’s electricity needs.

The transaction was part of Hidroelectrica’s strategy to diversify its portfolio by acquiring other renewable energy production capacities, Hidroelectrica and STEAG said in a joint press release in December.

STEAG is a German energy provider established more than 80 years ago which is headquartered in Essen. It has wind farms in France, Romania and Turkey.

The Romanian state owns about 80% of Hidroelectrica  and the Fondul Proprietatea owned the rest. The company has 209 hydropower plants.