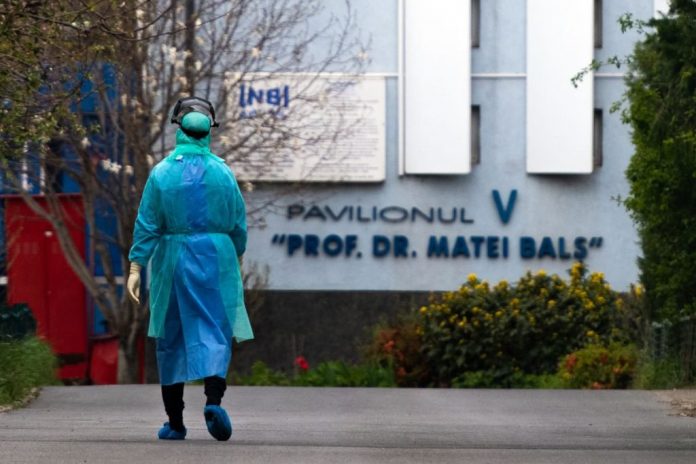 Romanian authorities raised the death toll from a hospital fire to eight, after the body of an 87-year-old man was identified.

The latest development came as prosecutors, forensic scientists and explosive experts went to the Matei Bals hospital Monday to investigate the cause of the deadly fire. Police are investigating possible manslaughter, although nobody has been charged.

The death toll has risen since the fire broke out on January 29 as more bodies were found. Two carbonized bodies at the morgue have yet to be identified, the health ministry said.

Catalin Apostolescu, who was on duty when the fire started said medics had „always been scared about a tragedy like this.” “Any spark could set off a fire. All Covid-19 hospitals have this risk.”

The 87-year-old victim had a severe form of the coronavirus and was not in a ward on the ground floor where the blaze broke out.

More than 100 people were evacuated as firefighters worked to put out the predawn blaze at  the hospital which came after a fire a hospital in the northern city of Piatra Neamt that left 10 dead.

Police have questioned patients, healthcare staff and the relatives of patients.

The Matei Bals hospital is one of the largest hospitals used to treat Covid-19 patients in the country.

The hospital building where the fire started was built in 1953 and had been completely renovated. It was one of the best-funded public hospitals in Romania.

President Klaus Iohannis has called for an urgent and thorough  “reform project for the entire health system” after the fire.

Romania’s chronically underfunded health system has been beset by corruption, inefficiency and politicized management. The East European nation spends the least on healthcare in the EU in terms of the percentage of its gross domestic product.