Doctors and medical staff at Romanian public hospitals who are caught receiving bribes may lose their jobs, under a new proposal from the health ministry.

Health Minister Victor Costache said the ministry was considering putting a clause in contracts that would ban kickbacks which have been rife in the Romanian healthcare system for decades. Medical staff caught taking bribes would be fired under the proposal.

The former Social Democrat-led government hiked wages for medics in 2017 which has led to a decline in the informal payments, reports say.

Costache, who became minister in the Liberal minority government last month, said there was no “magic solution, but we need to go beyond bribes,” in an interview with B1 TV last week.

“There are hospitals where this phenomenon has been wiped out” he said.

The measure still needs get the green light from law experts.

„I can assure you that our tolerance for corruption is zero,” Costache added.

Costache, is a surgeon who worked abroad and in private hospitals in Romania before becoming minister. 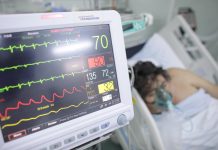