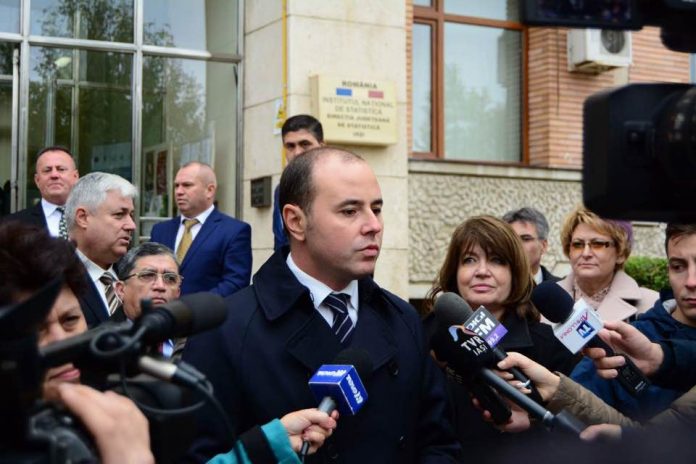 Romania’s anti-Semitism czar on Friday warned about an attempt by a far-right Romanian party to win seats in upcoming elections in the former Soviet republic of Moldova.

Alexandru Muraru criticized an announcement by the Alliance for the Union of Romanians, known as AUR, to run in the July 11 elections. He called it an “attempt to create a new chapter of destabilization and political …. violence…. in the fragile democracy.”

„It’s a party that feeds on hatred and contributes to the destabilization of society which would serve the interests of forces in the East,” the Liberal lawmaker added, alluding to Moscow. He said the party was full of anti-Semitic and homophobic apologists.

Co-chairman George Simion on Wednesday said the group would contest seats in the Moldovan legislature.

Moldova was part of Romania until 1940 when it was annexed during World War II to the Soviet Union under the terms of a Soviet-Nazi pact.

It declared independence in 1991 when the Soviet Union broke up. About four-fifths of Moldovans are of Romanian descent.

The country signed an association agreement with the EU in 2014, but European-style reforms have stuttered.

It came after the Constitutional Court ruled that an earlier decision by Parliament to introduce a state of emergency during the pandemic was unconstitutional.

Romania’s government has donated 140,000 Covid vaccines to the impoverished country of 3.5 million and has promised more.

AUR came a surprise fourth in Romania’s December 2020 parliamentary elections. It capitalized on frustrations over the pandemic and tapped into a populist mood that hadn’t been represented in Parliament.

Mr Muraru accused the far-right populist party of instigating “hatred and violence.” He said its lawmakers had made anti-Semitic and xenophobic statements in the Romanian Parliament.

Alexandru Muraru, a historian, is an advisor to Romania’s prime minister in charge of fighting anti-Semitism and preserving the memory of Holocaust and communism. He was appointed to the newly-created post in January.