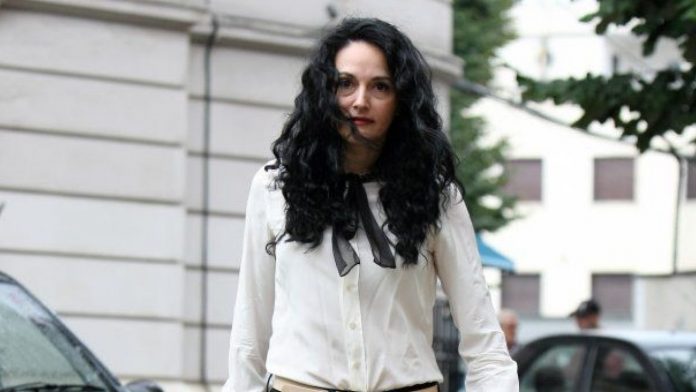 Police say the former chief prosecutor of the organized crime unit, who fled Romania before she was handed a four-year prison sentence for corruption, has been arrested in Italy.

Romania Police chief Liviu Vasilescu extradition procedures were underway for Alina Bica, the former head of the Directorate for the Investigation of Organized Crime and Terrorism.

Vasilescu said Bica, 46, had been arrested on Friday in Italy together with businessman Ioan Bene who was handed a sentence of 6 years and 2 months for making false statements, bribery and tax evasion in 2018.

A European arrest warrant had been put out in their names. There were no details about where they had been arrested.

Bica fled to Costa Rica with former tourism minister Elena Udrea in 2018, where she was briefly arrested, before a court sentenced her in Romania that year.

The High Court of Cassation and Justice upheld her sentence in Nov. 2019 for abuse of office after she intervened to help suspects in two cases.

As chief prosecutor, Bica tried to obtain a suspended prison sentence for businessman Ovidiu Tender. In return, she received gifts of land through an intermediary in exchange for her help, prosecutors said.

However, in June 2015, Tender was sentenced to twelve years and seven months’ imprisonment in a fraud and money laundering case involving the illegal acquisition of Petrochemical plant Carom SA Onesti