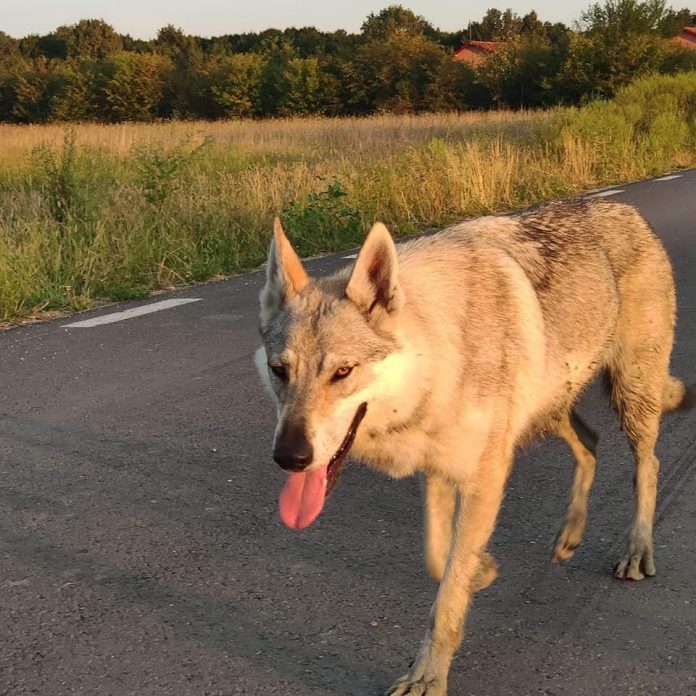 After a week of searching, a missing dog was found 250 kilometers away from where she was last spotted and reunited with her owner.

Marius Popescu, a Romanian animal lover who posted the alarm on social media, said he was pessimistic about the outcome, as Arya, a one-year-old female Czechoslovakian wolfdog, was a prized breed. Not only that, a week earlier another female of the same breed had been shot.

On August 19 Arya was traveling in her cage in a trailer attached to her owner’s car. She somehow got out of the cage when the car stopped, presumably to sit next to her owner, Alex Munteanu who was in the car. But he didn’t spot she was missing until later on.

The last sighting of the pet appeared to have been in the town of Teius in Transylvania near the city of Alba Iulia. Munteanu had no idea where she was and even where she’d got out.

Arya was a gentle dog and she was microchipped, but Munteanu and others who were hoping for her return, feared the worst.

A reward of 1,000 euros was put up and the story was posted on Facebook. There were lots of false leads, but no Arya.

But a week later, Arya, looking the worse for wear, was spotted in Bascov, a village almost 250 kilometers southeast of where she’d last been seen. She was noticeably thinner, and bore scratches from fights she’d had with other dogs, but was alive and safe.

A group of young men who found her got in touch with the owner and Arya was reunited with him in the central city of Sibiu over a few beers.

What made the story even sweeter was that her rescuers refused the 1,000 euro reward, accepting only the beers and petrol money for their good deed.

It’s unclear how Arya traveled so far in a week, but she’s inspired people with her courage and determination.

“I don’t know whether it was just her determination and vigilance that kept her alive, but what’s clear is that she’s given us a lesson on survival,” wrote Popescu.

“It was on international dog’s day (August 26) when she asked for help from some special guys near (the city of) Pitesti.

“Don’t ask how she got there, but the photo says she was determined to get home and could only do that with help from humans.”