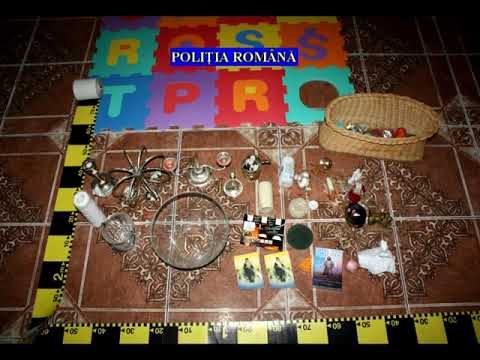 A Romanian woman who posed as an online fortune-teller has run out of luck.

Police said Friday they are investigating the 27-year-old on charges that she tricked clients out of 50,000 lei, more than 10,000 euros.

The woman, who had two Facebook pages where she advertised her services, promised potential customers that she could help them fix any problem for them_ for a sum.

Twenty people believed her but lived to regret it.

Police said her victims, aged from 25 to 50, came to the woman with health problems or relationship woes, and paid her 50,000 lei.

Her victims came from Romania, Germany, the republic of Moldova and Italy. They were likely Romanians who were living abroad.

Police say the number of people tricked is possibly much higher, with some people not having got around to filing a complaint. In such cases, victims can be embarrassed or ashamed of their naivety and don’t want to go public.

Police for the Criminal Investigation department and local police in Buzau, eastern Romania searched properties in Prahova, a county in southern Romania, and Iasi, in the northeast.

The woman, who is only identified by her ‘stage name’ “Ana Maria, the fortune-teller” has not been detained.

She is currently eight months pregnant, police said. She is the girlfriend of Cosmos Tanase, a mobster  from Iasi who is known as “Prince of the Gypsies.”

He is known for running a begging ring in Germany in the 1990s. Beggars were physically harmed in order to appear more wretched. The aim was to make people pity them and give larger sums of money.